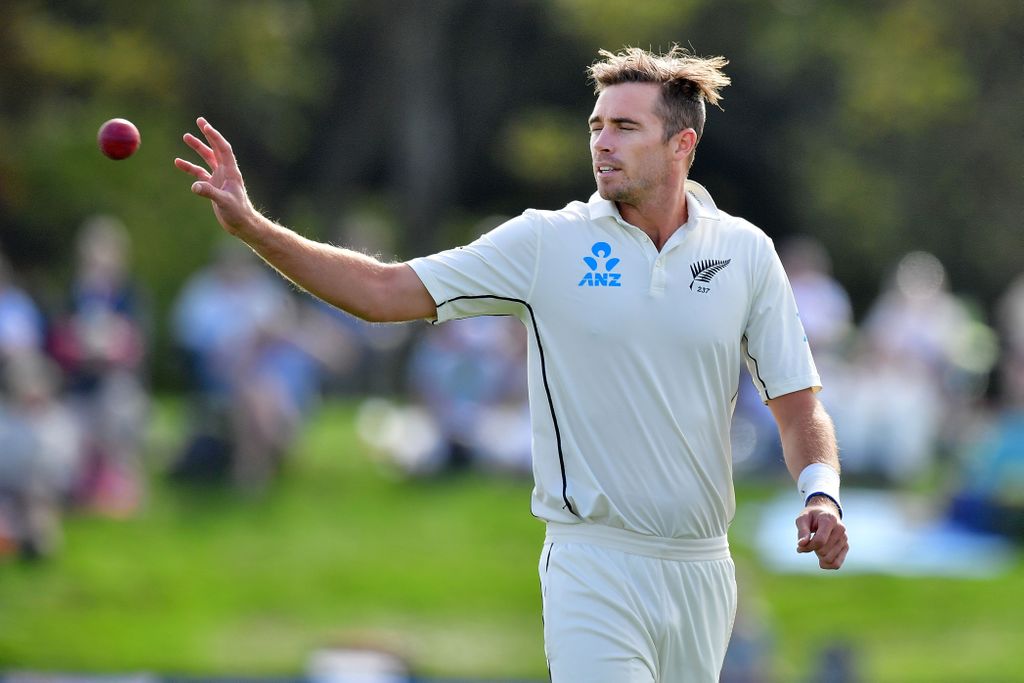 New Zealand cruised to a 10-wicket victory over India in the first Test at Wellington on Monday in a match wrapped up before lunch on day four.

India resumed on 144-4 and, needing to make just 183 to make New Zealand bat again, the Number one Test nation will have entertained hopes of setting the fourth-ranked Kiwis a respectable target.

Those hopes were quickly destroyed as Kiwi pacemen Tim Southee and Trent Boult crushed the visitors’ resistance, with India collapsing to lose their last six wickets for just 47 runs to be all out 191.

Southee finished with 5-61 from 21 overs which, coupled with his 4-49 in the first first innings, secured him man-of-the-match honours.

Boult claimed 4-39 to give him five for the match.

The second and final Test begins in Christchurch on Friday.