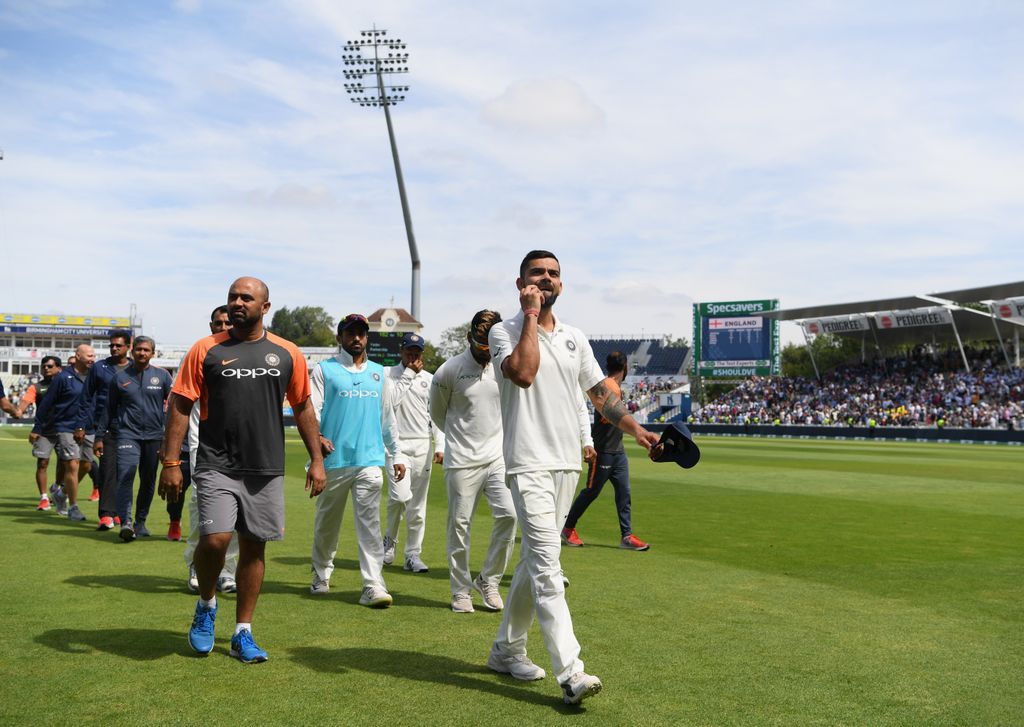 India legend Sunil Gavaskar has criticised the team’s preparation ahead of the first Test against England which the visitors went on to lose by 31 runs.

The tourists only played a three-day warm-up game ahead of the Test in Birmingham despite having a 14-day gap between the final ODI and the match at Edgbaston.

Gavaskar lamented that India did not learn anything from their tour to South Africa earlier this year when the visitors cancelled a practice match before the first Test only to be caught cold by the Proteas at Newlands.

India captain Virat Kohli and coach Ravi Shastri said ahead of the Test series that they don’t need much time in the middle against the red ball as most of their players had played in the preceding T20I and ODI series.

The first Test against England followed a similar pattern to the game in Cape Town as India were unable to chase down a modest target of 194.

Gavaskar told India Today: “I understand the need to switch off, but it can’t be five days. The preparation should have been much more intense at the start of the series.

“You can taper off later, but not at the start. The last ODI was on July 17, and the Test series started on August 1. There were 14 days in between.

“And you play only a three-day match in that period? Why have you gone to England – to play cricket or something else?

“I agree, they have practiced for long hours in those days, but like I said, you cannot get by with just practice. You have to play matches too.

“They deluded themselves, and everybody, by saying they have been in England for a month. But in that time they were playing against the white ball. And the white ball doesn’t move as much as the red one, and the Duke ball particularly moves even more.”

In South Africa in January, India lost the first two Tests of the three-match series before getting a consolation victory in the final game at the Wanderers.

Gavaskar pointed out that no amount of training can simulate an actual match situation but is hoping that India improve ahead of the second Test starting at Lord’s on Thursday.

What will help the tourists is that the series in England consists of five Tests so they can still come back and take the honours.

Gavaskar continued: “They didn’t learn anything from the South Africa experience. They didn’t have much time there, but they did have a two-day practice match which they also cancelled.

“In South Africa, India played well in the third Test, only after playing in two Tests. We’re talking of five Tests here, if you start winning after two Tests, the series can be gone by then.

“You can have as many match simulations, as many throw-downs, but it is never the same as a match situations. While taking throw-downs, you can get out, but you know you’ll still be batting the next ball.

“If a bowler bowls a no-ball in a match, he won’t get a wicket. In the match, if you get out, you’ll be sitting in the dressing room and watching someone else score the runs you should have.”