Home Countries Pandya just made sure he kept it simple

Pandya just made sure he kept it simple 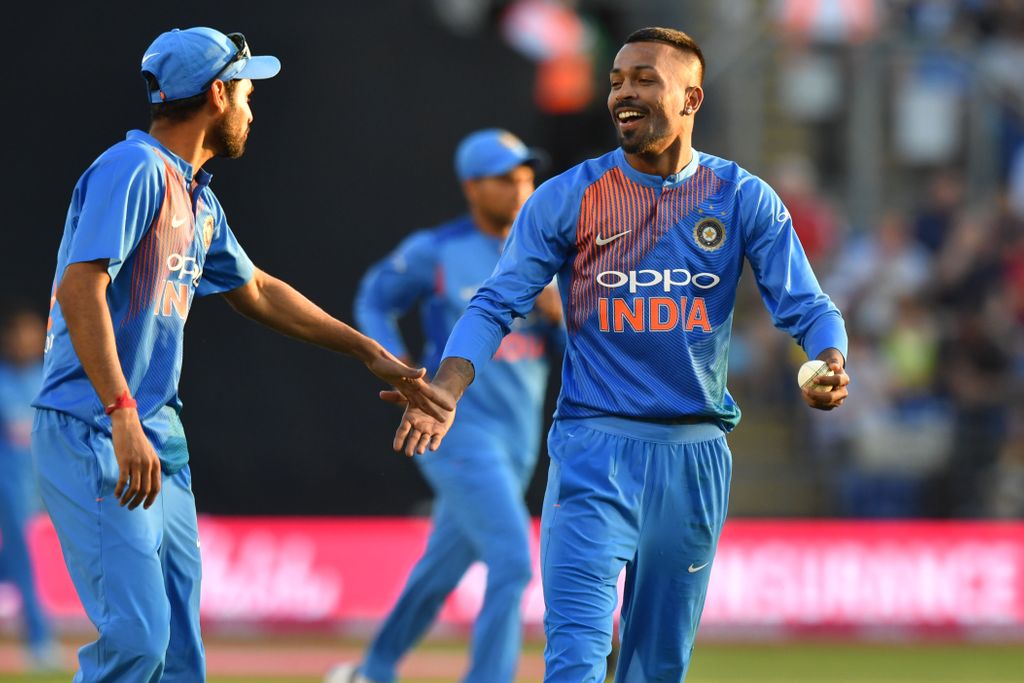 India allrounder Hardik Pandya has credited his captain Virat Kohli and the support staff after playing a starring role for his side as they beat England in the third and deciding T20I in Bristol on Sunday.

Pandya had a terrible start with the ball, conceding 22 runs in his first over before bouncing back to finish with figures of 4-38 in four overs as India restricted England 198/9 in their 20 overs.

The allrounder then got a promotion up the order, to number five, and smashed 33 not out off just 14 balls and together with centurion Rohit Sharma saw the visitors over the line as India won by seven wickets with eight balls to spare.

ALSO READ: Morgan: We should be better than that

“We have a fantastic supporting staff and leaders who give us immense confidence to go and express ourselves.

“We are just enjoying the game rather than thinking about what has got to happen. We are just playing our best cricket and when you do that you end up doing well.

“When I went for 22 in an over I thought the T20 is a funny format and the only thing to do was to come back and bowl my best balls.

“Virat Kohli (captain) asked me and I told him I was okay – if you come and take wickets on this type of wicket and ground it will stop the runs. I just had to make sure I kept it simple.”

The T20I series victory should give India plenty of confidence for three ODIs against England that starts at Trent Bridge on Thursday.