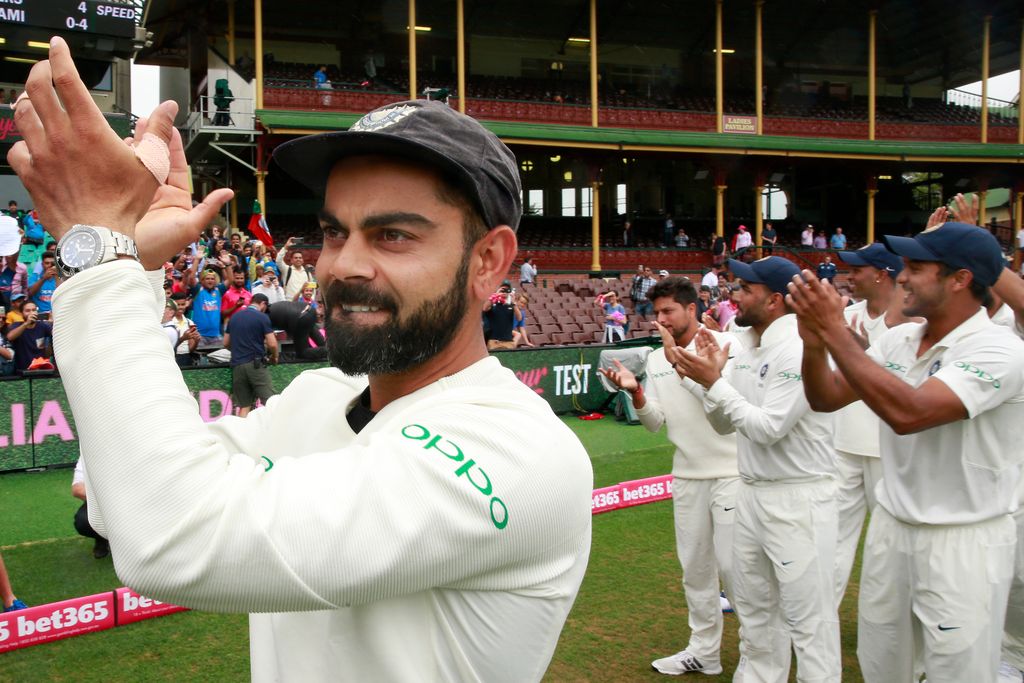 India’s first ever Test series victory in Australia was confirmed on Monday when persistent rain washed out the final day of the fourth Test in Sydney on Monday.

Australia were still 316 behind at the SCG when the match was called off with India claiming the series 2-1 after victories in Adelaide and Melbourne with the Aussies winning their only match in Perth.

The visitors therefore retained the Border-Gavaskar trophy and cemented their spot as the number one team in the current Test rankings.

The visitors were determined to wrap up the match in Sydney on day five with them needing to take all 10 wickets and win the series 3-1 but play was abandoned without a ball being bowled.

India posted a mammoth 622/7 declared in the first innings thanks mainly to big centuries from Cheteshwar Pujara (193) and Rishabh Pant (159 not out).

They then bowled the hosts out for 300 with left-arm spinner Kuldeep Yadav claiming figures of 5-99.

India skipper Virat Kohli enforced the follow-on and Australia reached 6/0 at the end of the fourth day but India will not mind one bit as they claimed series honours.