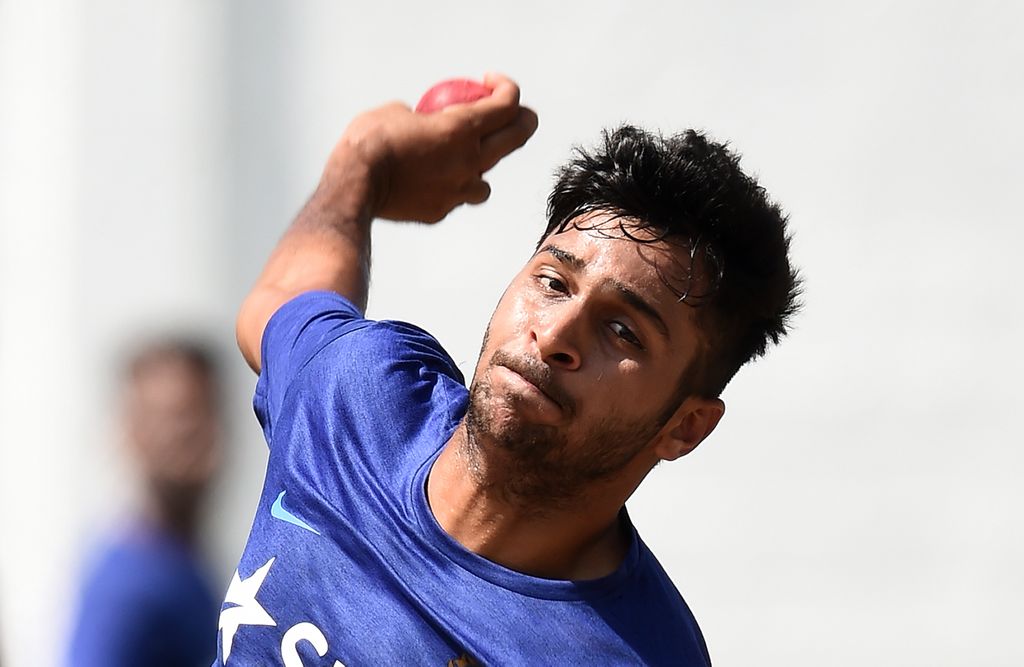 India seamer Shardul Thakur is likely to miss the Test series in Australia, starting in December, as he continues his recovery from the thigh injury that he picked against the West Indies.

Thakur limped off after bowling just ten deliveries on his Test debut against the Windies in Hyderabad earlier this month and confirmed that he will need at least seven weeks to complete his rehab.

India play three T20Is in Australia from 21 November with a four-match Test series set to get underway in Adelaide on 6 December.

The 27-year-old is targeting to be fit to be included in India’s ODI squad for the three-match ODI series that starts on 12 January.

Thakur told Indian Express: “Even if I try hard, I won’t be able to get fit before the second Test in Australia [which starts on December 14]. A place in the T20Is or the Tests will be difficult.

“I will be eyeing the one-dayers instead. Let’s see how my rehab goes. I will continue with my training for the next seven weeks.”

Thakur also suffered an injury during the Asia Cup last month which meant he only played one game in India’s triumphant campaign.

He continued: “The injury from the Asia Cup was different to this one. During the Test match, I felt like my muscle was torn off. I started limping and when Virat (Kohli) asked me what was wrong, I told him it felt like a tear.”