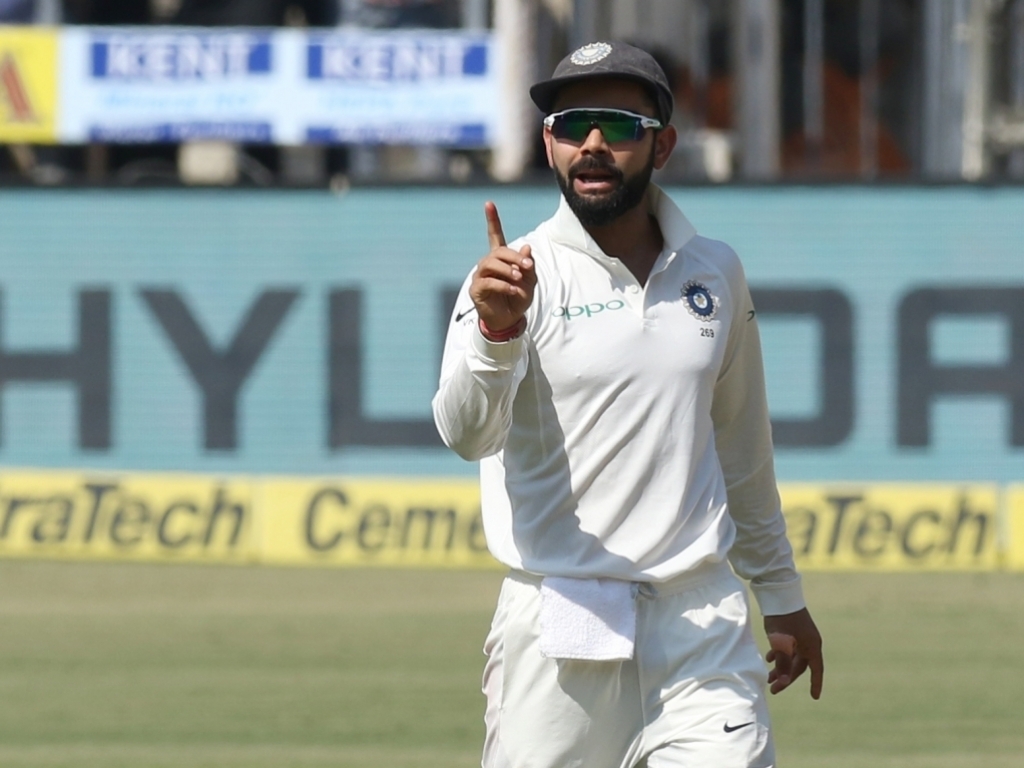 India captain Virat Kohli said his team will have to keep playing aggressive cricket on pitches that might not suit his them if they want to be successful on their tour to South Africa.

Kohli and side will face the Proteas in a three-match series, starting early in January, and the India skipper said they were using the current series against Sri Lanka to prepare for the SA tour as they would have almost no preparation time.

India crushed Sri Lanka by an innings and 239 runs in Nagpur to go one-nil up in the three-match series after the first game was drawn in Kolkata.

Kohli scored a double-century in his side’s total  of 610/6 declared to receive the man-of the-match award but already has his eye on the next tour.

Speaking after the game which ended on Monday, Kohli said: “We would like to think we want to prepare for South Africa. That’s why we asked for pitches with help for the fast bowlers.

“This one (Nagpur) deteriorated by the second day. But Kolkata was the ideal wicket. There’s not enough time in between to prepare so we have to use the time we have now for a big tour coming up.

“I just wanted to bat the way I bat. Get into good positions and rotate strike and score quickly so our bowlers have time to bowl the opposition out. We will need that (approach) overseas so I was looking at doing that.”

India still have one Test, three ODIs and three T20Is against Sri Lanka before they play the Proteas with the first Test scheduled for Newlands from 5 January.