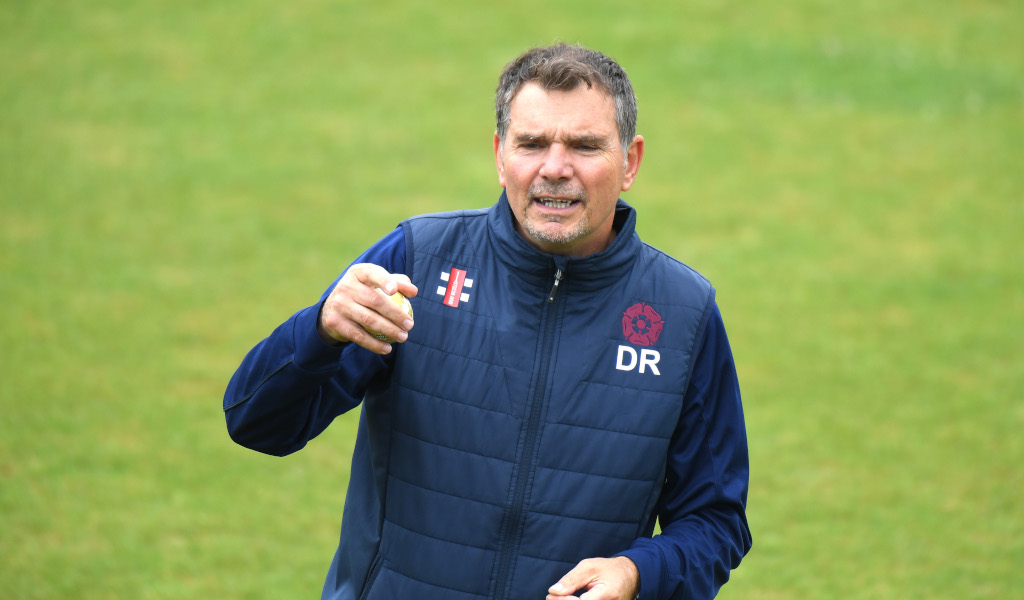 Former Northamptonshire County Cricket Club coach David Ripley has been appointed to head up the interim backroom staff for the Ireland men’s team.

Graham Ford vacated the role of head coach last week and there have been more changes to the coaching structure with batting and fielding consultant Ben Smith also moving on.

Ripley worked with prominent Ireland allrounder Paul Stirling when he signed a T20 Blast contract with Northants in 2020, and is a former teammate of current national selector Andrew White.

““I am honoured to be joining Cricket Ireland for the next three months,” Ripley said.

“It’s a really exciting opportunity and one I intend to make the very most of it, giving Andrew Balbirnie, the players and the staff all my support and experience. The cricket ahead looks exciting and qualification for the T20 World Cup is our priority.”

Head Coach of North West Warriors Gary Wilson will be seconded from the Union for a three month spell as national team assistant coach until the end of February.

Performance Coach with the Shapoorji Pallonji Cricket Ireland Academy and Head Coach of the Ireland Men’s Under-19s squad Ryan Eagleson will assume the role of bowling coach for the next three months.

“We are delighted to have agreed terms with David for the next three months,” High Performance Director for Cricket Ireland Richard Holdsworth said.

“With white-ball cricket the immediate priority, and T20 cricket particularly, it is pleasing we can bring in an experienced and innovative coach who has achieved success in the shortest format.

“We have no doubt he has the calibre to step up to international cricket, and his experience was seen as an important consideration ahead of our T20 World Cup Qualifier campaign in February.

“He is the only head coach in the Northants’ history to have guided the team to two major trophies, the T20 Blast title wins of 2013 and 2016, and he also guided the club to two promotions to the top flight of English cricket.

“Fortunately for us, he is currently between roles with his Club and eligible to work in Ireland.

“It was really important we had someone who could spend time here in Ireland with the squad before it departs in just a couple of weeks – rather than just being with the squad on tour – so having someone both ready to take on the role and immediately available was essential.

“David will start in the role on 6 December before heading out with the squad to the USA on the 16th.

“We would like to thank Northants for their flexibility in allowing David to make this move, and to David for agreeing to a prompt start ahead of the upcoming tour.

“To support David, we have brought Gary and Ryan into important support staff roles – both performed well in coaching capacities during the recent T20 World Cup tournament, and their knowledge and experience within the Irish set-up will complement David well. We would like to thank the North West Cricket Union for their support and offering the secondment opportunity to Gary – and it’s encouraging to see the continued progression of Boyd Rankin within the Warriors’ coaching set-up.

“We did consider a number of candidates for this interim role, but with an important T20 World Cup Qualifier on the immediate horizon, we felt an experienced head coach with proven success in the format would provide us with a short-term benefit.

“Our succession plans foreshadow our intention to promote home-based coaches in the future – and we are pleased with the development and progress of numerous coaches in our system.

“Our congratulations and heart-felt thanks go to Ben Smith as he steps away after a five-year role with Cricket Ireland to take up a new position in the UK.

“Ben’s contributions were commendable but often unseen. During his early years he worked primarily as our on-the-ground coach working with UK-based senior players, and spent many weeks and months every year travelling with the senior squad on overseas tours and during home series. Ben will be missed greatly by all, but we wish him the very best of luck with his new role in England.”