Ireland can now make a case for Lord’s Test 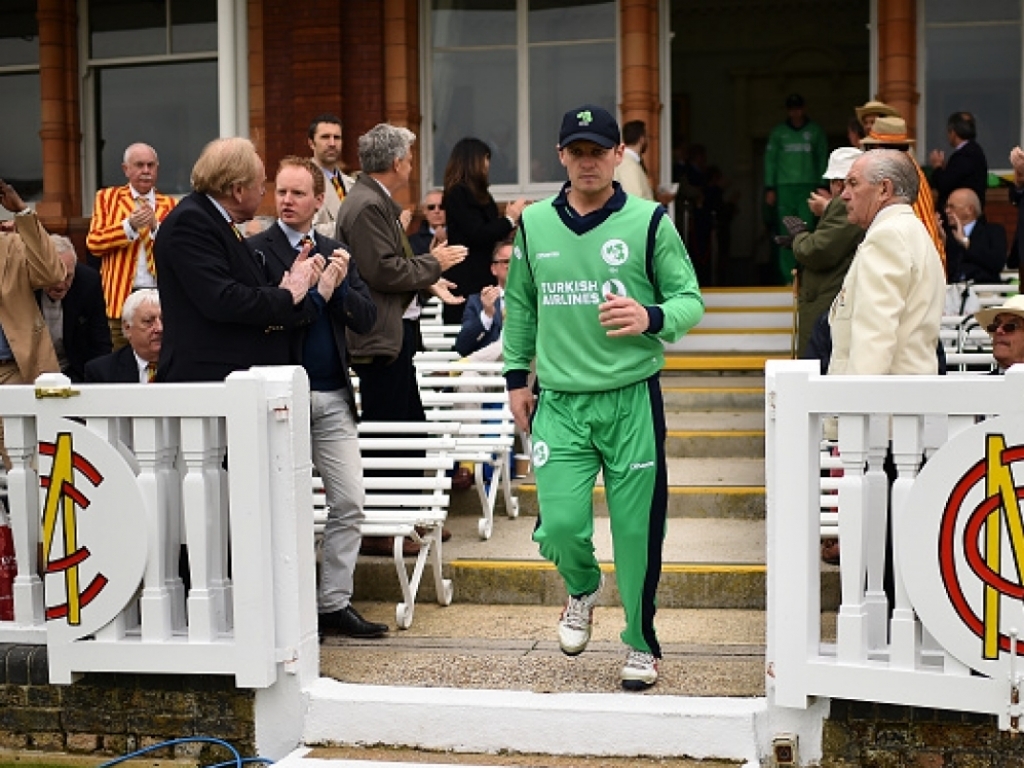 Cricket Ireland chief executive Warren Deutrom says the crowd attendance for the ODI clash against England at Lord’s in May will be important when they discuss the possibility of playing a Test match at the famous venue.

Ireland and Afghanistan were awarded Test status by the International Cricket Council (ICC) and can now dream of pitting their wits against international players in the purest form of the game.

The ICC had originally said that the winner of the Intercontinental Cup – the four-day competition for Associate nations – will play the lowest ranked Full Member in a four-match Test Challenge that had been scheduled for 2018.

Giles Clarke of the ECB had promised a Test match against England at Lord’s in 2019 for the winner but now that Ireland and Afghanistan have been awarded Test status the Test challenge has been scrapped.

The Irish played their first international game at Lord’s in May, losing by 85 runs in an ODI, and Deutrom said the ECB will be encouraged that Ireland could put bums on seats and he will put their case forward when he speaks to his counterpart English counterpart Tom Harrison.

Deutrom said: “Even though it’s not 100 per cent, when I sit down with Tom Harrison I will be reminding him of Giles [Clarke] referring to the ‘glittering prize’ of Ireland playing against England at Lord’s.

“As we saw from Ireland’s inaugural match at Lord’s on May 7, it was fantastic with Ireland able to put 25,000 in the seats during a month of the year when it’s probably not the easiest sell when it’s the end of the Premiership season and of course European rugby and European [Champions League] football.

“For that to be the case we need to have discussions to see how it can pan out. We do have a busy season ahead for both of us next year.

“We do have our own bilateral cricket and also probably what’s going to be a very lengthy World Cup Qualifier so at this stage we don’t know.”