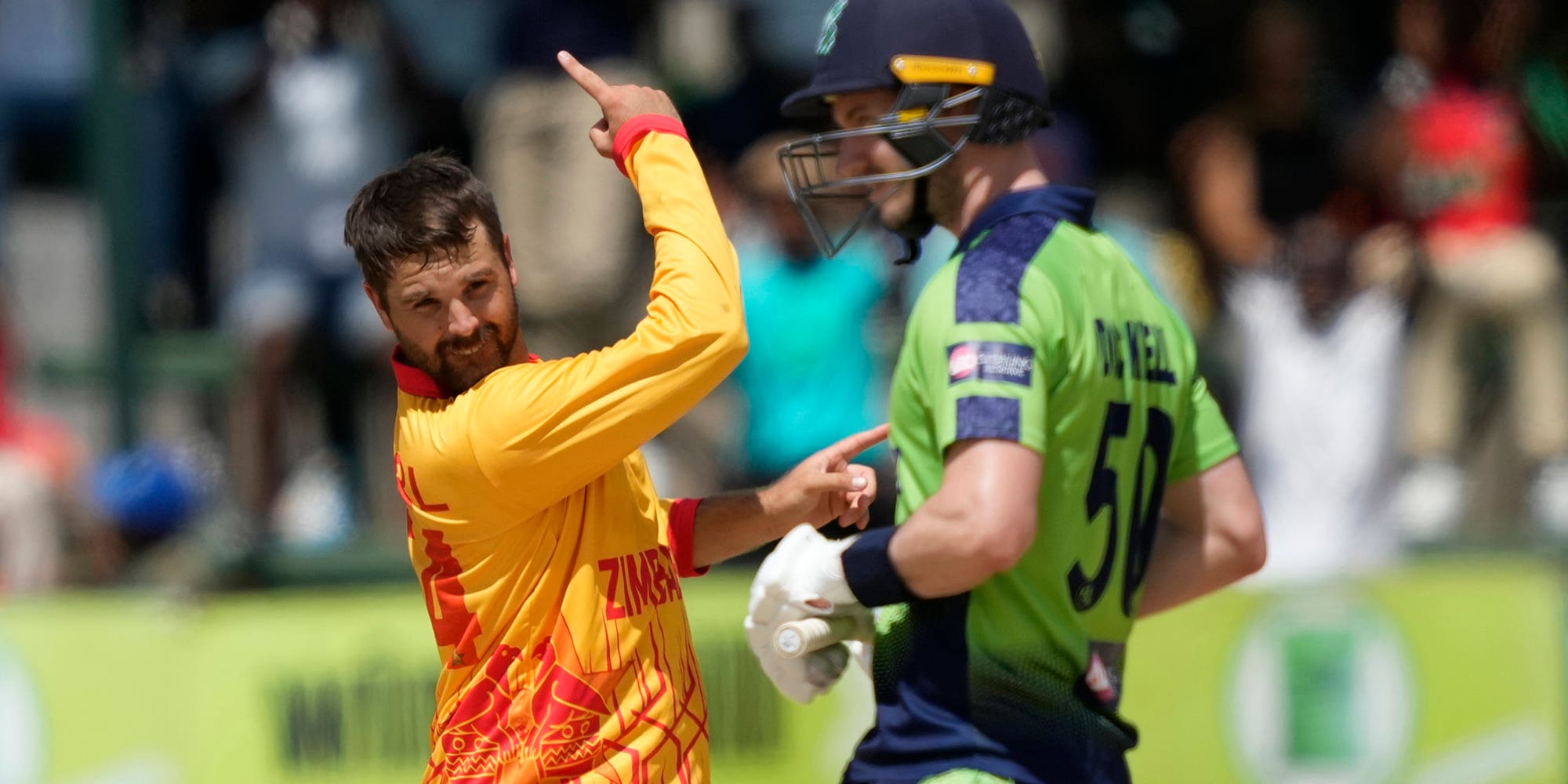 Ireland fell to T20 series defeat as Zimbabwe claimed a six-wicket win in their Harare decider.

Ryan Burl (30 not out) and Luke Jongwe (four not out) secured Zimbabwe a 2-1 success with six balls to spare as Ireland failed to defend their total of 141 for nine.

Harry Tector and Curtis Campher rebuilt the Ireland innings after the hosts had slumped to 19 for three in the fourth over.

The pair put on 70 in 57 balls before Campher was caught behind for 27.

Tector fell for 47, becoming one of the impressive Wesley Madhevere’s two victims, before George Dockrell (23) and Mark Adair (14) steered Ireland towards respectability.

Zimbabwe were again without former England batter Gary Ballance, who had suffered concussion symptoms after being hit on the head during Thursday’s first meeting.

Innocent Kaia (23) and Craig Ervine (54) laid the foundations for Zimbabwe’s victory with a second-wicket partnership of 42.