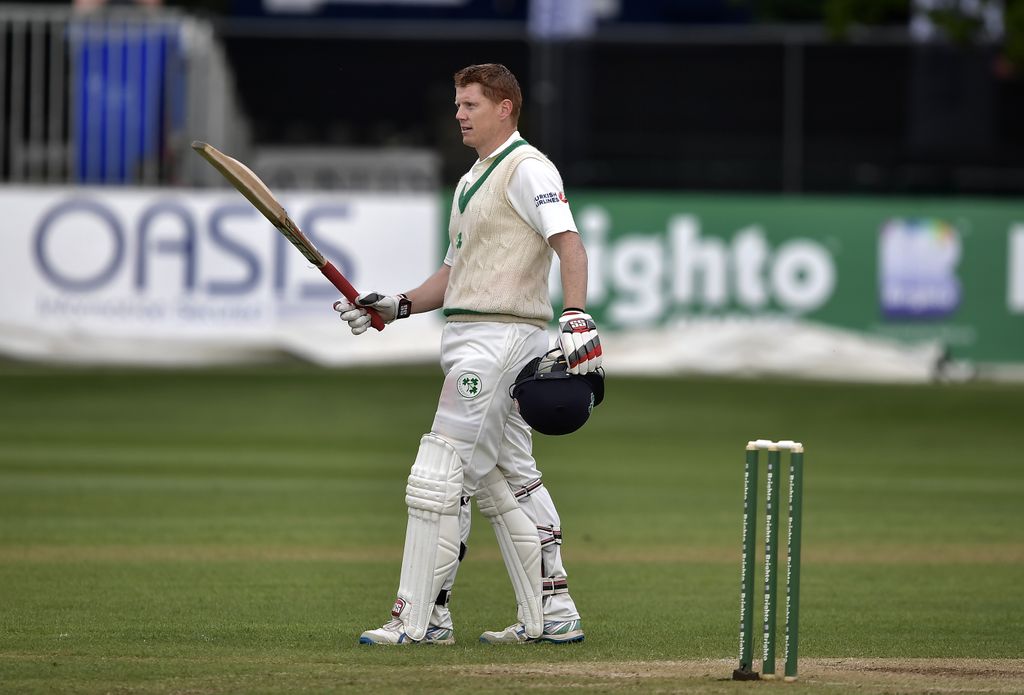 Kevin O’Brien says he is proud that he scored a century for Ireland in their first ever Test but was also disappointed that they did not put Pakistan under more pressure.

Pakistan eventually beat the Irish side by five wickets in Malahide after the home side had fought back after being forced to follow-on as they were bowled out for just 130 in the first innings.

Ireland scored 339 all out in the second innings with O’Brien hitting a gutsy 118 to set Pakistan a tricky target of 160, which the visitors reached despite losing three early wickets.

O’Brien’s frustration is mostly with himself as he could not add to his overnight score on the final day, he got out with the first ball he faced the next morning after his momentus ton.

In quotes published by the Guardian, O’Brien said: “I’m very proud and happy with the century but ultimately I’m disappointed that we couldn’t put Pakistan under even more pressure.

“If I’d just pushed on the next morning and got those few extra runs, even another 30, it could have been different.

“It was a lesson. I got too caught up in everything the night before. I was still dealing with all the congratulations, the text messages and that, before I went out to bat. I wish I had left all that till after the match.”

The Test showed that Ireland can definitely compete in the longest format but O’Brien still took some vital lessons from the game.

He explained: “The large thing was just how much concentration it takes to play Test cricket.

“We played well, bowled well, batted well, in periods, but the best teams in the world do it for seven hours a day, day in, day out, and that’s the challenge for us.”