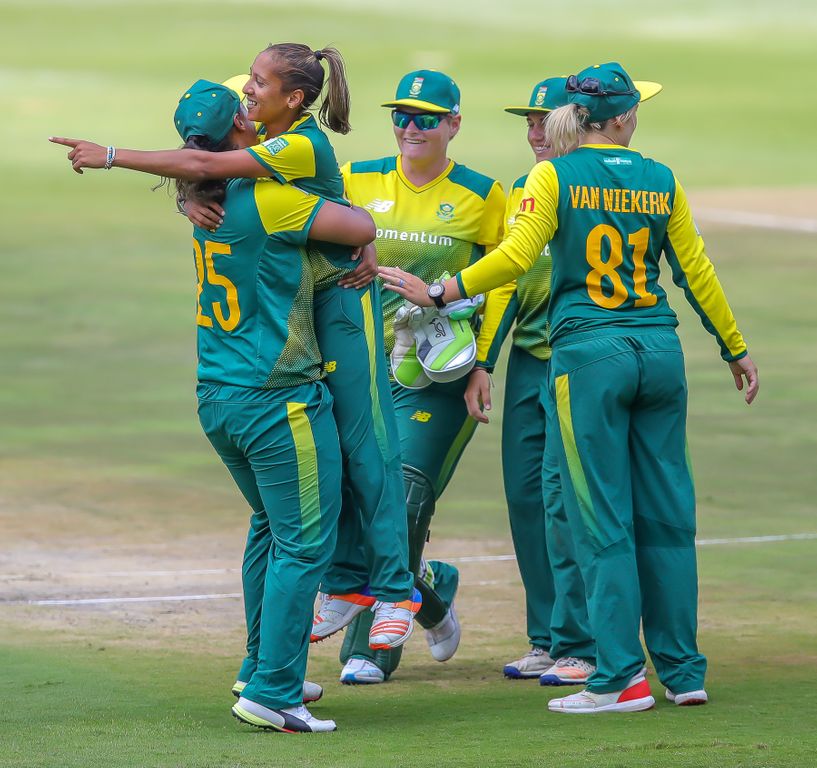 The Proteas Women have named their 15-member squad for the Women’s World T20 next month with Shabnim Ismail and Trisha Chetty returning to the team after missing the recent series in the West Indies.

Fast bowler Ayabonga Khaka has not sufficiently recovered from her shoulder surgery and was not considered for selection for the tournament that will take place in the Caribbean from 9-24 November.

Three of the four newest members of the team that toured the West Indies have also received the nod. Tumi Sekhukhune, Robyn Searle and Saarah Smith will make their World Cup debuts.

The squad will be captained by Dane van Niekerk and also includes stalwarts Lizelle Lee and Marizanne Kapp.

“Good luck to our Proteas Ladies as they head for the West Indies with high expectations for the ICC Women’s World T20,” commented CSA Chief Executive Thabang Moroe.

“They reached the semi-final of this tournament in Bangladesh in 2014 and came agonisingly close to a first appearance in a Final in last year’s ICC Women’s World Cup in England.

“The time has now arrived for them to take that next step forward and get into the championship match.

“They can take a lot of justifiable confidence out of their recently completed tour of the West Indies where they drew both the ODI and T20 Series against their hosts who are the defending champions for the ICC World T20.

“They also had to make do without a number of key players.

“From CSA’s perspective we have left no stone unturned in our support for Dane and her team to put them on the same level of preparation as our Proteas’ men’s team,” concluded Moroe.