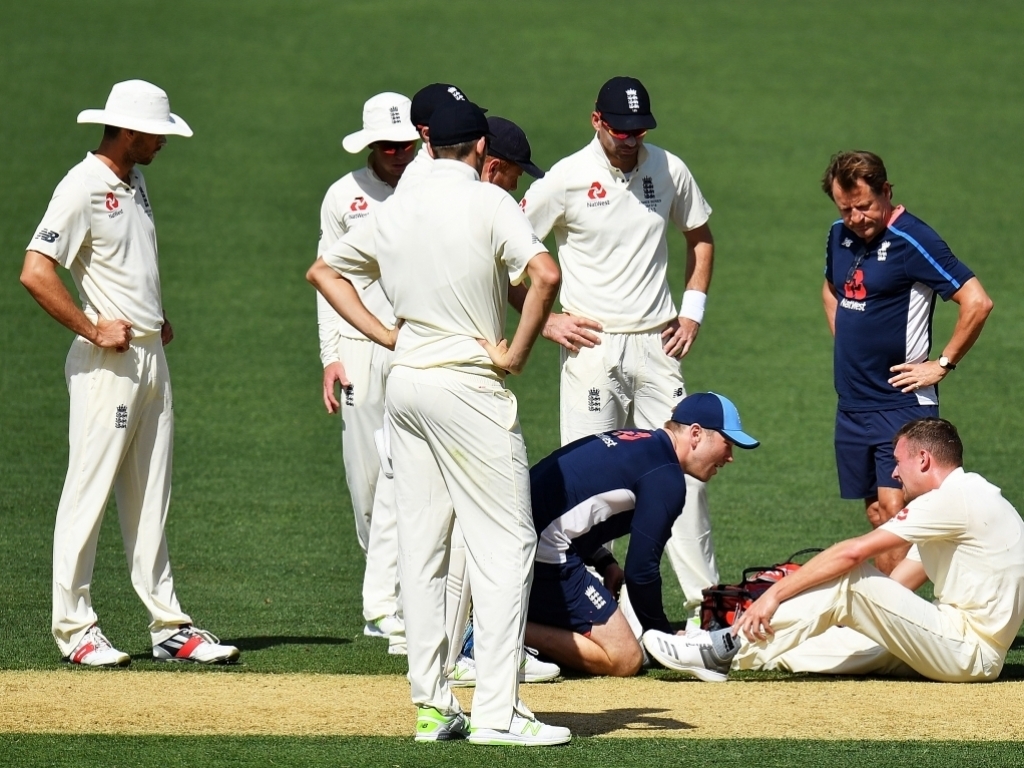 England suffered another injury scare on their Ashes tour when seamer Jake Ball was forced off the field with an ankle injury during second day of the four-day day/night tour match against a Cricket XI in Adelaide on Thursday.

Ball fell awkwardly after bowling the fifth delivery of his fourth over during the home side’s first innings.

The Nottinghamshire bowler initially got treatment on the field from England physio Craig de Weymarn but was forced to leave the playing area.

The tourists later confirmed that Ball suffered an ankle sprain and will play no further part in the day’s play.

An England statement on Twitter read: “Jake Ball a sprained right ankle. He won’t play any further part today and will be assessed today and overnight.”

England have already lost Steven Finn after the fast bowler injured his knee in training with Tom Curran being called up as a replacement.

Spinner Moeen Ali is also still struggling with a side strain and has not yet played any cricket on tour.

The first Ashes Test gets underway on 23 November at the GABBA.