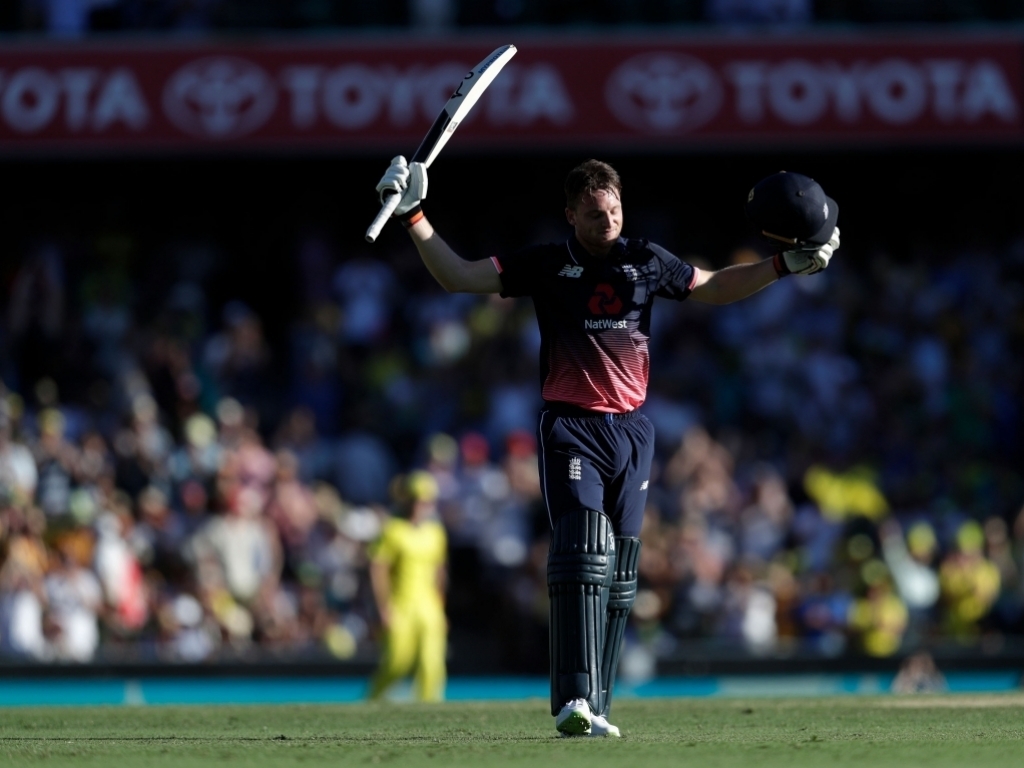 A swashbuckling century by Jos Buttler and a disciplined bowling performance helped England beat Australia by 16 runs in Sydney that saw the visitors take an unassailable three-nil lead in the five-match ODI series.

Buttler blazed his way to exactly 100 not out off just 83 balls as the tourists posted a total 302/6 in their 50 overs after Australia captain Steve Smith opted to bowl first after winning toss.

The right-handed Buttler received excellent support from allrounder Chris Woakes, who struck 53 not out off 36 balls, as the duo added an unbroken stand of 113 after coming together with the score on 186/6 with 12 overs still to go.

For the first time in the series, not one of England’s top four batsmen made a significant score with Jonny Bairstow (39) and Joe Root (270 failing to kick on after decent starts.

Buttler however showed the depth England have in their batting line-up in limited-overs cricket as he and Woakes continued to attack even though they only had four wickets remaining.

Seamer Josh Hazlewood, with figures of 2-58 from his 10 overs, was the pick of all the Australia bowlers.

The home side’s run-chase got off to a shaky start as David Warner (8) and Cameron White (17), who was bumped up to number three in the batting order, were back in the hut with 44 on the board.

Aaron Finch, who had scored two centuries in the first two games of the series, and his skipper Smith added 69 for the third wicket but the former was out for 62, trapped lbw on review by leg-spinner Adil Rashid.

Smith and Mitch Marsh then brought the Aussies back into the contest with a stand of 68 but both players fell within the space of five overs. Smith for 45 and Marsh for 55 as the hosts were 210/5 at that stage.

Marcus Stoinis (56) and Tim Paine (31 not out) tried to keep the home side alive and were left needing 22 runs off the last over but it was a bridge to far as the Aussies surrendered the series.

England fast bowler Mark Wood bowled with good pace and finished with 2-46 while Woakes capped a fine allround game with two scalps and closing out the match by bowling the final over.

The fourth ODI will be played in Adelaide on Friday followed by the final game of the series at the new stadium in Perth on Sunday.