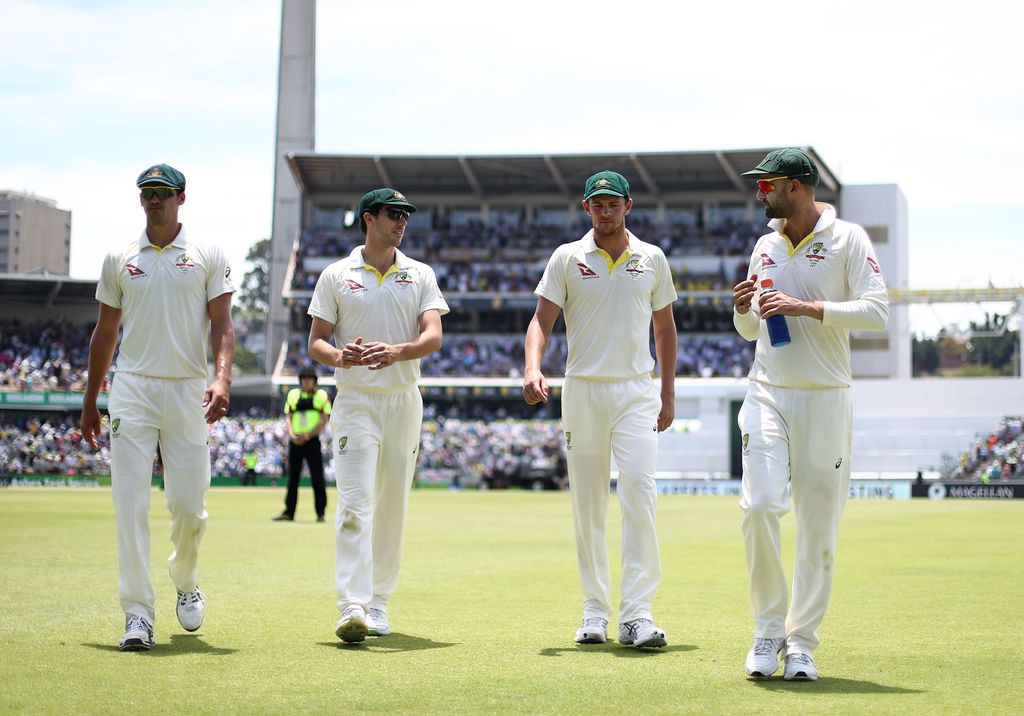 Australia seamer Josh Hazlewood feels spinner Nathan Lyon will be the key man in the home side’s bowling attack as they look to tame India’s batting line-up in the upcoming Test series, starting on Thursday.

Much of the build-up to the four-match series has been about how India’s batsmen will cope with the home side’s pace trio of Hazlewood, Pat Cummins and Mitchell Starc.

However, Hazlewood believes Lyon’s ability to bowl long spells from one end and allowing the pacemen to rotate from the other side will be vital to the home side’s success.

Hazlewood said of Lyon: “He’s the key for me with the four of us, you have Starcy who bowls shorter spells and sometimes Patty too so to have Nath, it even worked well two weeks ago when we played the shield game.

“Nathan pretty much bowled from one end after the new ball and we filtered through from the other end, it’s hard to get a fun off him and he takes wickets, it’s good to have that down the other end and he makes that group what it is.

“Partnerships are a big one for us, always bowling for the guys following you. We’re all leaders in our own right.”

The 27-year-old Hazlewood made his Test debut against India four years ago in Brisbane and has got to 40 appearances in the longest format.

He says he still feels the excitement ahead of another home summer, especially with new players coming into the side ahead of the first Test that will be played at the Adelaide Oval.

Hazlewood continued: “I feel a lot of extra excitement, potentially a debutant [Marcus Harris], it’s always good to have that around the group.

“It’s the excitement of the Australian summer coming around again there’s nothing better than playing Test cricket in Australia.