Home Countries Rabada hoping for a ‘great partnership’ with Ngidi

Rabada hoping for a ‘great partnership’ with Ngidi 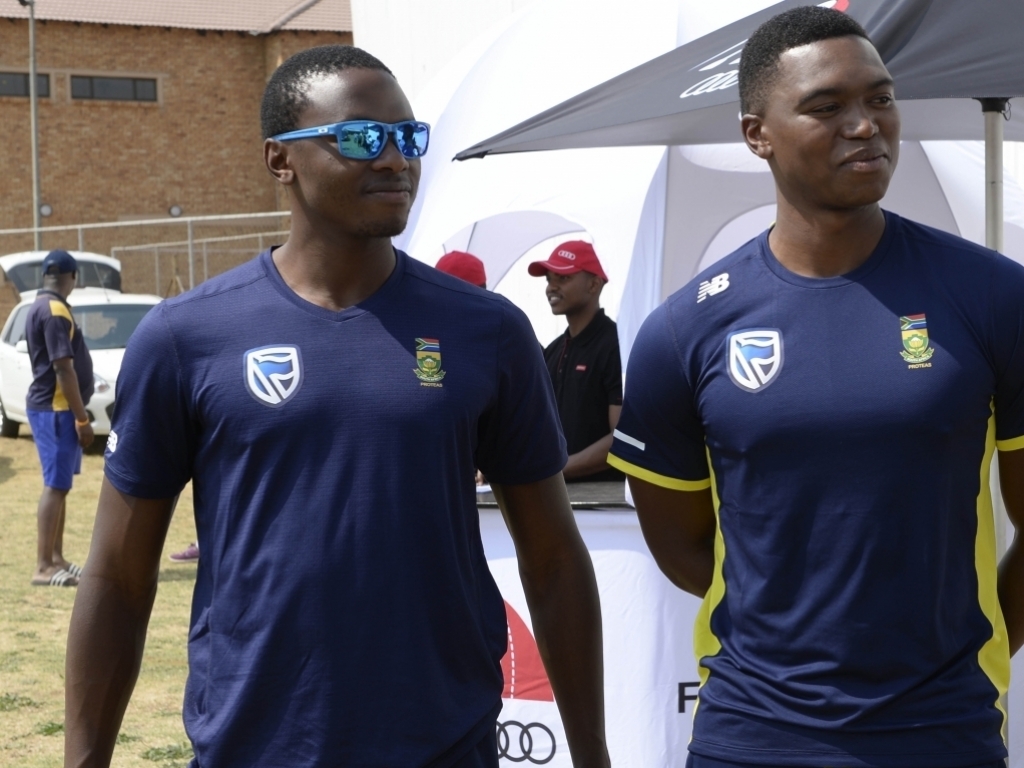 South Africa fast bowler Kagiso Rabada is confident he and fellow paceman Lungi Ngidi can form a “great partnership” for the Proteas over the next few years.

The 21-year-old Ngidi made a terrific start to his Test career as he grabbed nine wickets in the second Test against India in Centurion, including figures of 6-39 in the second innings to bowl the home side to a series victory.

Ngidi was only playing because of an injury to veteran Dale Steyn, but certainly demonstrated that the Proteas pace bowling stocks are well stacked as the careers of Steyn, 34, Vernon Philander, 32, and Morne Morkel, 33, start winding down.

ALSO READ: ‘It was a special performance from Ngidi’

The 22-year-old Rabada has already taken 114 wickets in 25 Tests and became the number-one ranked bowler in Test cricket before the Centurion Test – although he has since dropped to number two behind England veteran James Anderson.

Rabada said of Ngidi: “We played together in under-19. We even toured India, but he got injured unfortunately and his trip was cut short.

“But we played together at school and have a history. So, it’s just nice to play with your friend from when you were a teenager.

“Long may it continue, and we can form a great partnership.”

Even though the Proteas have already wrapped up the three-match Test series against India with a game to spare, Rabada says the Proteas are determined to finish the series on a high ahead of the third Test starting at the Wanderers on Wednesday.

Rabada plays his domestic cricket at the Johannesburg venue and said the surface should be a good one but the bowlers can expect to get some movement.

The pacer continued: “Wanderers is a good wicket. It’s normally a moving wicket. There’s always a result at the Wanderers. You’re sort of never really ‘in’ on that pitch.

“At the moment we want to focus on what we have to do now, that is to beat India. Every game you go into, you want to win. So, we want to get a whitewash.

“Playing against the Indians is extremely challenging. They are known for their great batsmen and they’ve got really good bowlers as well.

“So they are very competitive, they’re throwing everything they have at us, and their batsmen want to make a statement.

“They’ve made a statement everywhere else in the world, and they wanted to come here and really beat us. So things are going to get a bit messy out there.”