Home Countries Williamson: One of our best wins in Test cricket

Williamson: One of our best wins in Test cricket 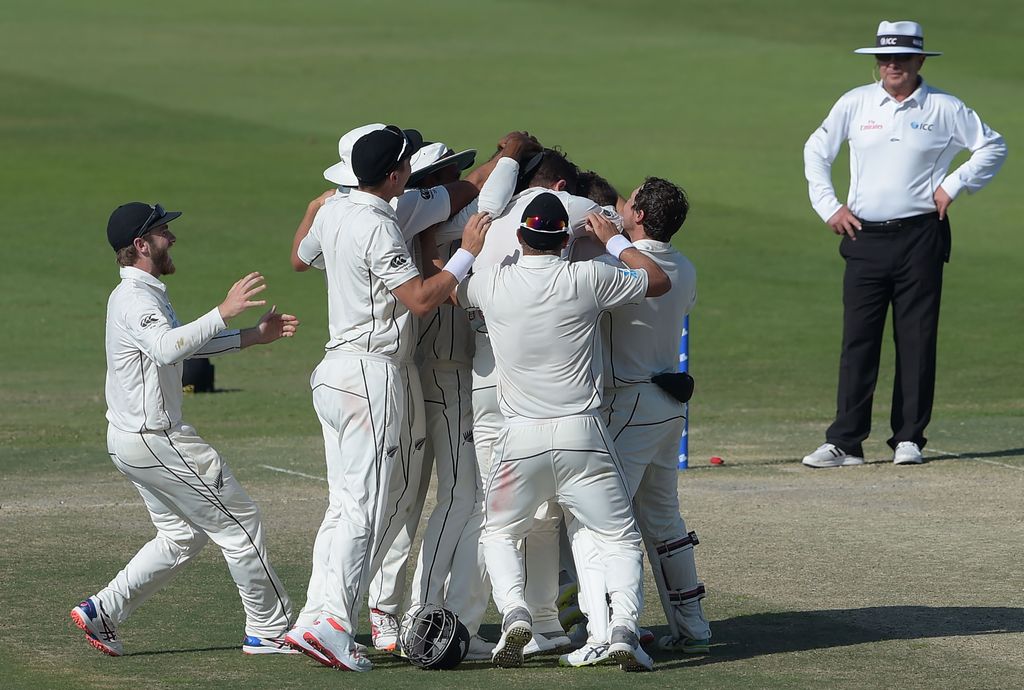 New Zealand captain Kane Williamson said his team’s dramatic victory in the first game of the three-match Test series against Pakistan in Abu Dhabi was one of his best as captain.

The Black Caps bowled Pakistan out for 171 to win by just four runs, the fifth narrowest margin of victory in terms of runs in Test cricket history, as debutant spinner Ajaz Patel took 5-59.

Williamson now has nine wins in his 18 Tests as captain and said the victory in Abu Dhabi was one “the best in recent memory”.

The Black Caps skipper said after the game: “Yes, without a doubt. The best in recent memory. In these conditions Pakistan are a very strong side.

“To get through them in four days and stay in the match and come out with this result must obviously rank as one of our best wins.”

Williamson believes the dramatic nature of the victory is also a “great advertisement” for the longest format of the game.

Test cricket has been under threat from the limited-overs formats during the last few years with T20 leagues popping all around the world.

The Williamson added: “It certainly was dramatic. Throughout the four days both teams were put under pressure.

“I think at the end of the day it was a great advertisement for Test cricket.”

The second of the series starts in Dubai on Saturday.