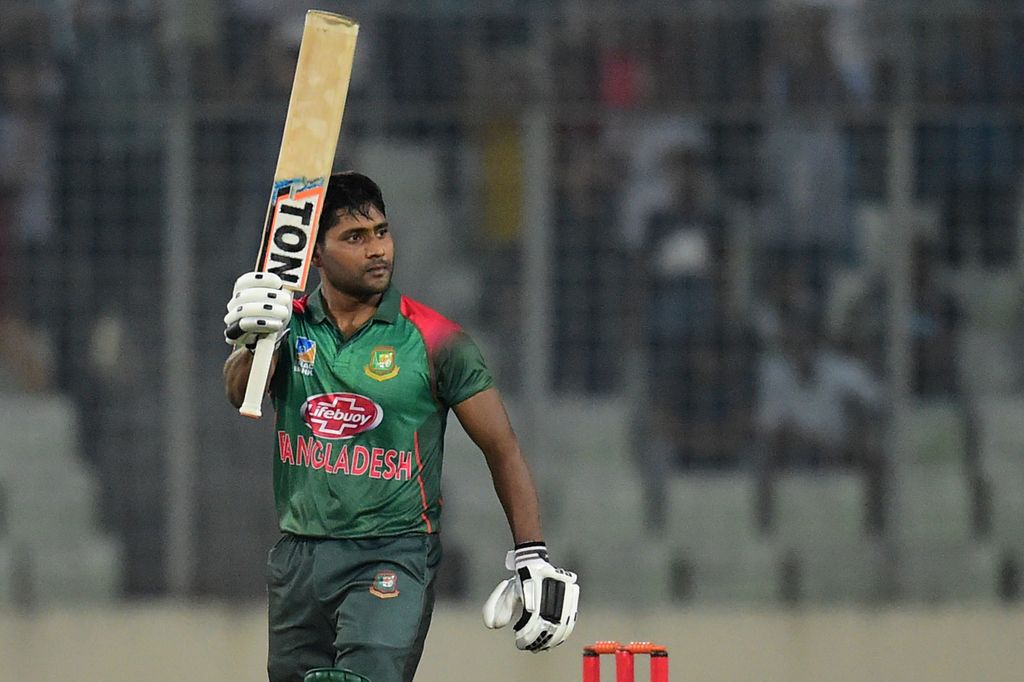 Opening batsman Imrul Kayes struck a career-best 144 as Bangladesh drew first blood in the three-match ODI series against Zimbabwe with a 28-run win in Dhaka on Sunday.

The hosts were pegged back early as Liton Das (4) and debutant Fazle Mahmud (0) both fell in the sixth over, bowled by seamer Tendai Chatara, with only 17 runs on the board.

Mushfiqur Rahim (15) and Kayes then added 49 for third wicket before leg-spinner Brandon Mavuta got the former caught behind down the leg side.

Mohammad Mithun played well for his 37 and put on 71 with Kayes before opening bowler Kyle Jarvis returned to the attack to strike a dramatic triple blow.

The seamer had Mithun, Mahmudullah (0) and Mehidy Hasan Miraz (1) caught by wicketkeeper Brendan Taylor as the Tigers thought they had slipped up in their quest post a competitive target.

Mohammad Saifuddin however was just the man Kayes could rely on as the number eight hit his maiden ODI fifty as the pair put on a crucial 127 that was only broken in the second last over of the innings.

In the process, Kayes went to his third ODI century and then cut loose as he blazed his to 144 off 140 balls (13 4s and six 6s) in what proved to be a match-winning knock.

Jarvis was the pick of the Zimbabwe bowlers with figures of 4-37 in nine overs while Chatara took some punishment towards the end of the innings to finish with 3-55 in ten overs.

Zimbabwe were given a flying start in the run-chase as openers Cephas Zhuwao (35 off 24 balls) and captain Hamilton Masakadza (21) put on 48 in the first seven overs.

Once that partnership was broken when Zhuwao was bowled by left-arm seamer Mustafizur Rahman (1-29), the visitors lost their way against the home team’s spinners and slipped to 100/5 in the 26th over.

Mehidy took 3-46 with his off-spin while left-arm slow-bower Nazmul Islam took 3-38 as they strangled the Zimbabwe batters into submission.

Sean Williams played a lone hand with the bat for the tourists as he ended the game unbeaten on 50 but did not get support as Zimbabwe’s innings petered out to 243/9 in their 50 overs.

Bangladesh can clinch the three-match series if they win the second ODI scheduled for Chittagong on Wednesday.