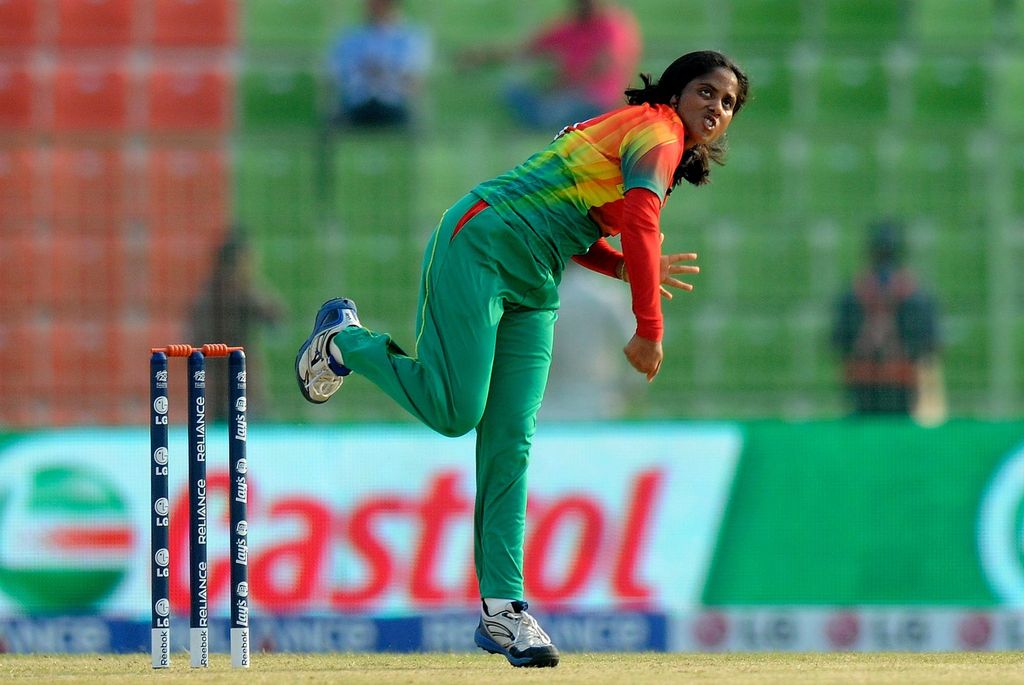 Khadija tul Kubra registered the best ever bowling figures by a Bangladesh Women’s player in ODI cricket to guide her side to a six-wicket victory over Pakistan in a one-off game in Cox’s Bazar on Monday.

Khadija, a right-arm off-spinner, recorded figures of 6-20 in 9.5 overs as the Bangladesh Women skittled Pakistan out for a paltry 94.

The visitors only lasted 34.5 overs with captain Javeria Khan (29) top-scoring in a poor batting effort.

Rumana Ahmed supported Khadija well with the ball for the home team, picking up 2-15 in 8 overs.

The Bangladesh Women lost two early wickets in the run-chase as openers Ayasha Rahman (0) and Sharmin Akhter (3) were both back in the pavilion with only six runs on the board.

Fargana Hoque (48) and Rumana (34) steadied things with a stand of 81 for the third wicket to virtually kill the game.

The home team eventually cantering to the 95-run target with four wickets down in the 29th over.

The victory in the one-off ODI would have sweet for the hosts as they lost four-match T20I series three-nil.