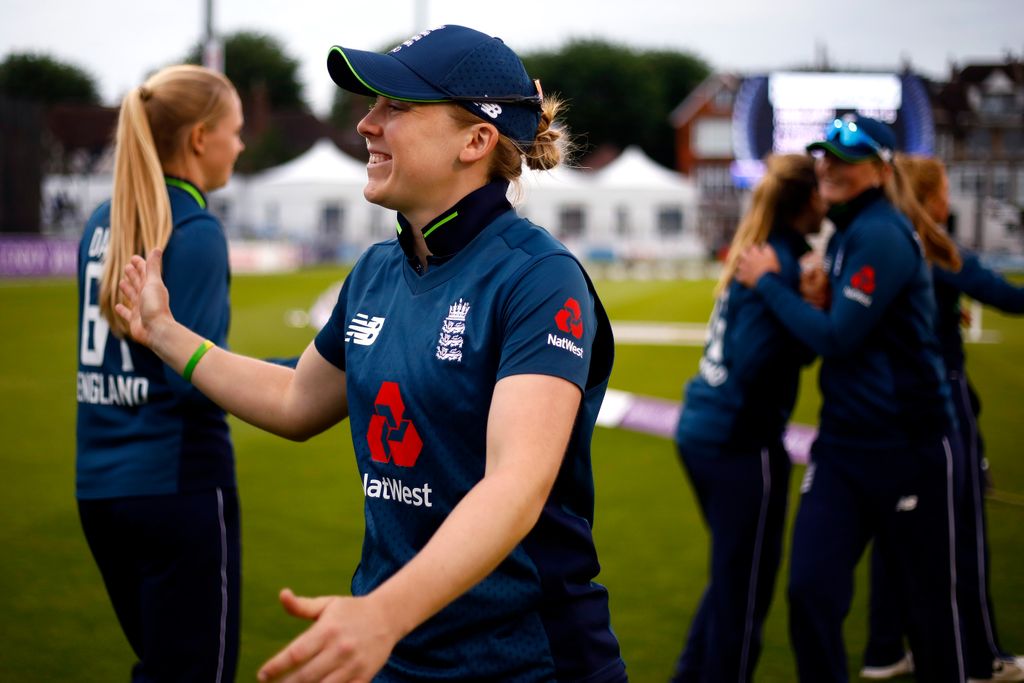 England captain Heather Knight was pleased as her side pulled off a 2-1 series victory over South Africa after losing the first match of their Women’s Championship series that ended on Friday.

The 2017 World Cup winners lost the opening match in Worcester by seven wickets but came up with strong performances to clinch the next two in Brighton and Canterbury by 69 runs and seven wickets, respectively, to take fourth position on the points table.

The hosts are now tied with the Windies on six points at the end of the second round of matches but ahead on net run-rate.

England had lost their first series to Australia by 2-1 while South Africa had lost by the same margin to India and are now in seventh place with four points. New Zealand and Australia lead the table with 10 points each after six matches.

England, who are second in the Women’s team rankings, also play their next IWC series at home against New Zealand from 7-13 July while South Africa will travel to the West Indies as teams also look to prepare for the Women’s World Twenty20 to be held in the Caribbean from in November.

Knight said: “We’re happy to have fought back in this series to win 2-1. It was a difficult start for us – losing at Worcester – and I’m proud of how the team have delivered under that pressure.

“There were a number of positives for us throughout the series, even including the defeat at Worcester.

Firstly, South Africa are a really good side so it’s important we’ve managed to come out on top.

“Secondly, there have been a number of impressive individual performances – namely Katherine Brunt at Worcester and Tammy Beaumont’s twin centuries – but most important has been the way we’ve fought together as a team to earn this series win.

“We’re always looking to improve, in every department. I think our batting performance at Worcester was beneath our usual standards but that’s part of the game and you can’t expect to be at your best in every single performance.

“As a team, we’re striving to improve every day and hopefully with that we can continue to enjoy success.”