Kohli, Dhoni force ODI series Down Under into decider 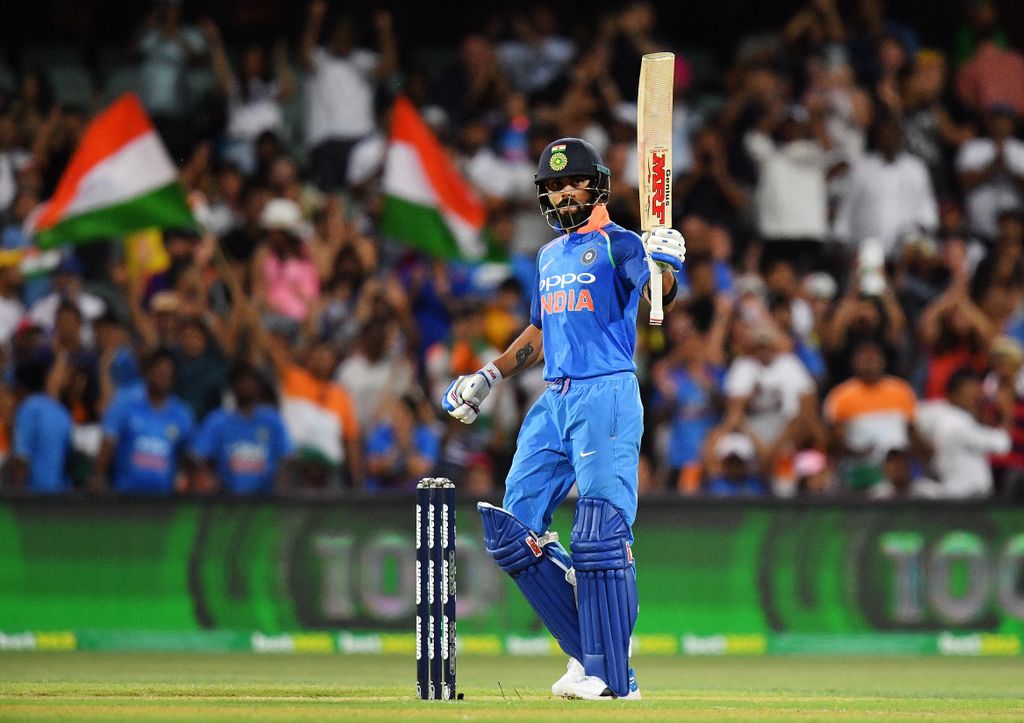 Virat Kohli struck his 39th ODI century while MS Dhoni showed that he still had his finishing qualities as India beat Australia by six wickets in the second ODI in Adelaide to level the three-match series at 1-1.

Chasing a target of 299, Kohli was at his imperious best as a hit 104 off 112 balls after openers Rohit Sharma (43) and Shikhar Dhawan (32) had given the India a solid start with 47 within the first eight overs.

Kohli added 59 for the third wicket with Ambati Rayudu (24) but the vital partnership came with Dhoni for the fourth wicket as the experienced pair put on 82.

Dinesh Karthik came in and played an important innings of 25 not out off 14 balls and together with the 2011 World Cup winning skipper made sure India suffered no hiccups.

The 37-year-old Dhoni brought all his experience of 333 ODIs to the fore as he scored an unbeaten 55 off 54 balls to guide the tourists over the line with four deliveries still to spare.

Earlier, Shaun Marsh hit his seventh ODI hundred as Australia scored 298/9 in their 50 overs after Aaron Finch had won the toss and chose to bat first at the Adelaide Oval.

Marsh hit 139 while the other major contributor with the willow for the hosts came from Glenn Maxwell, who hit 48 off 37 balls.

India’s new-ball duo of Bhuvneshwar Kumar (4-45) and Mohammed Shami (3-58) made vital breakthroughs throughout the innings.

The third and deciding game of the series takes place in Melbourne on Friday.