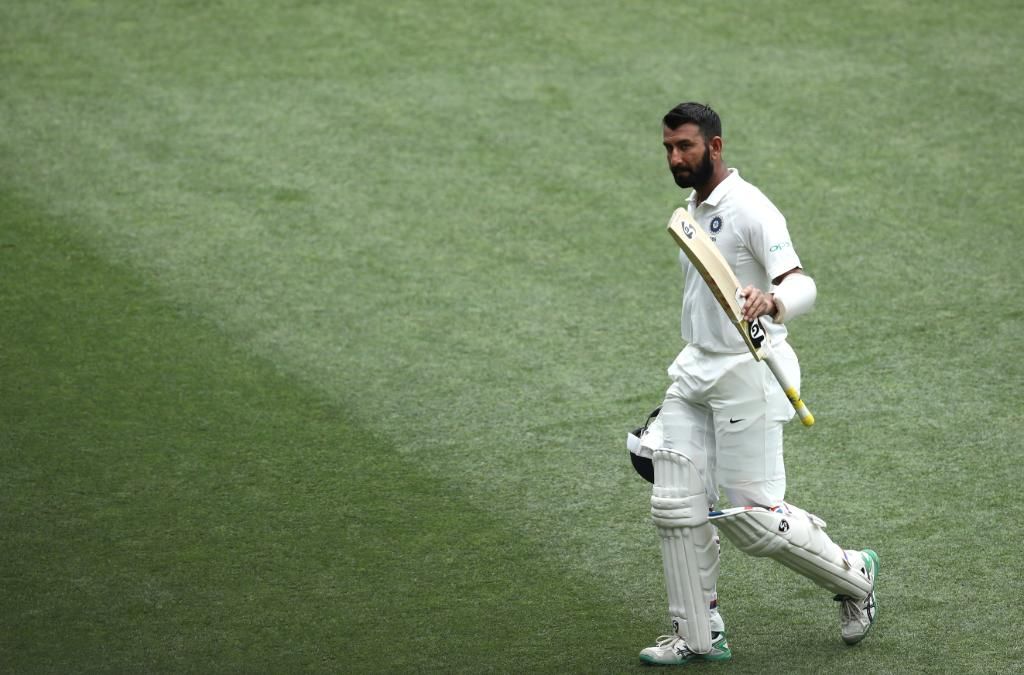 India captain Virat Kohli lauded Cheteshwar Pujara for his “belief, grit and determination” after helping the visitors to a 31-run victory against Australia in the first Test at the Adelaide Oval.

Pujara was named man-of-the-match after a brilliant century in the first innings when he helped India recover from 86/5 to post a competitive total of 250.

The number three batsman then followed up his 123 with an important 71 in the second innings to set Australia a challenging target 323.

Pujara and vice-captain Ajinkya Rahane (70) put on a vital 87 runs for the fourth wicket that took the game away from the hosts and gave the tourists their first win Down Under in more than decade.

Kohli said about Pujara after the game: “We were down and out at lunch on day one. His belief, grit and determination kept us in the game, he brought us back beautifully. The game was poised equally on day two.

“We knew runs on the board, their position playing at home, they’ll obviously be a bit tentative and we cashed in on that.

“Any lead would have been gold and we built on that (with) a couple of partnerships in the second innings, particularly Pujara and Rahane. When they bat together like that they are our most solid pair.

“They gave us that safety for the bowlers to go out and get ten wickets. It took grit and determination from both of them to put us past Australia where it was hard for them to chase that total down.”

Kohli also said he was “super proud” of the efforts of his four bowlers as they took a 1-0 lead in the four-match series.

Seamers Jasprit Bumrah, Mohammed Shami and Ishant Sharma and spinner Ravi Ashwin accounted for all 20 Australia wickets in the game.

Kohli added: To have four bowlers take 20 wickets to win the Test is an outstanding feat, something we haven’t done in the past in Australia. That’s why we are very proud of our bowlers.

“They are at their peak, all of them together and it’s something that we as batsman look at as an opportunity to put in good performances. We will be, in every Test match, gunning for a result.

“It’s up to our batsmen to step up in this particular series and Pujara and Rahane particularly showed that.”

The second Test starts in Perth on Friday.