Home Countries Kohli: We believe we can be the best

Kohli: We believe we can be the best 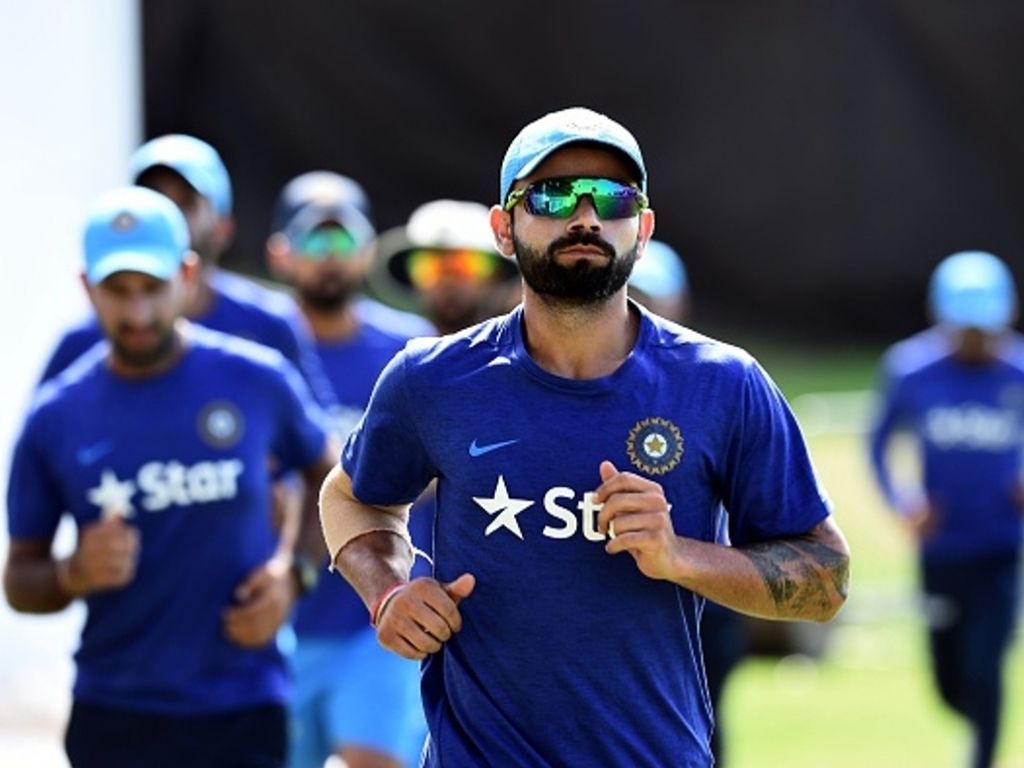 India Test skipper Virat Kohli is an example for each of his charges to follow, being meticulous in ironing weaknesses out of his game and obsessively working on his fitness.

Possessed by a singular will to succeed, Kohli is widely regarded as one of the best batsmen in modern cricket and he is confident he will soon be leading the best cricketing unit in the world.

Speaking ahead of the first Test against New Zealand, Kohli said: “We believe we certainly have what it takes to be the best team in the world.

“We definitely believe that. One area we have tapped into is belief. It’s something that a lot of young players can lack coming into international cricket.

“There can be a lot of insecurities: ‘Whether I’ll play in the next game or whether my position is secure or not.’ It’s all about getting them rid of that feeling. When you step on to the pitch, you need to tell yourself, ‘I own this position for the next eight-ten years in Test cricket for India.’

“That’s the only way you can go out there, be confident and express yourself. Express how good you are, and that’s what this team has done. That’s why we’ve been able to win seven-odd Test matches in the last 13 or 14 that we played. [It’s] because we wanted to go out there and play bold cricket and take some risks.

“More often than not if you’re fearless, the results will fall your way because you’re willing to take that extra risk in the course of the game. I certainly feel that this team has what it takes to be the best.”

The skipper is passionate about preparation and wants each of his teammates to share that vision.

The India captain continued: “What it requires is sustained concentration, attention to detail, practising the same way every day… You know, doing boring things.

“At this level you need to be boring if you want to be successful. As simple as that. Your training, your practice, the way you prepare for games should not change. Whoever can do that for a sustained period of time will obviously be a very good side, and this team has the potential to do that.”

Kohli would like to see an improvement in the top order from the last home season where despite going down 3-0 to their hosts the South African bowlers troubled India’s batsmen on wickets prepared to assist the Indian spinners: “I think what’s really important is to find the balance between being positive and being solid at the same time.

“If someone is bowling a good spell you want to pay respect to the bowler, but not so much that you get under pressure. You don’t want to defend too much and eventually feel like, ‘I could have attacked more,’ when you get out. So it’s a right balance of putting the bowler under pressure and at the same time respecting the good balls that he bowls.

“And that requires a lot of concentration. We have to be more watchful and more focussed throughout the day. There is no room for complacency; you cannot relax at any stage. In Test cricket, half an hour of bad decision-making can cost you the whole Test. So that’s one thing that we have worked on.

“That’s why we work on our fitness levels so that the body can support what we want to do. To bat through the whole day, or two days, you need a fit physique and that’s what the boys have been working on and it’s been going really good.

“That has certainly improved our focus levels and we have been able to play out difficult situations in the best way possible. So it’s a combination of a lot of things, but I think the key is to maintain that balance between being positive and at the same time, being solid and playing through a difficult situation for the team.”

India will need to improve against spin themselves with New Zealand bringing three spinners for their Test series and England also set to do the same for their visit.

The skipper added: “We have lost a Test match in Sri Lanka because we could not play spin as well as we wanted to.

“But we rectified that. The team wants to improve in that aspect of the game. It is something that we surely need to get stronger at.

“What has happened is that there was so much being built up about us not being able to play well away from home that we kept focusing on playing fast bowling, and we got really good at it. We countered conditions really well in England, in bursts, in South Africa, New Zealand and Australia.

“We sort of didn’t pay that much attention to spin. That was one area we could have worked more on. Now we are putting in more effort, to face the spinners longer in nets and practising small little things by ourselves – someone might sweep, someone might play off the back foot, someone might step out – whatever it is.

“We are trying to improve that part of our game slowly. If you want to be a champion side, you don’t want to give the opposition any window to get into the game. The good thing is we are playing a lot of Test cricket so on the sidelines we can keep working on that every day and surely that improvement will happen.”