Home Countries Krunal happy to bounce back after Brisbane hammering

Krunal happy to bounce back after Brisbane hammering 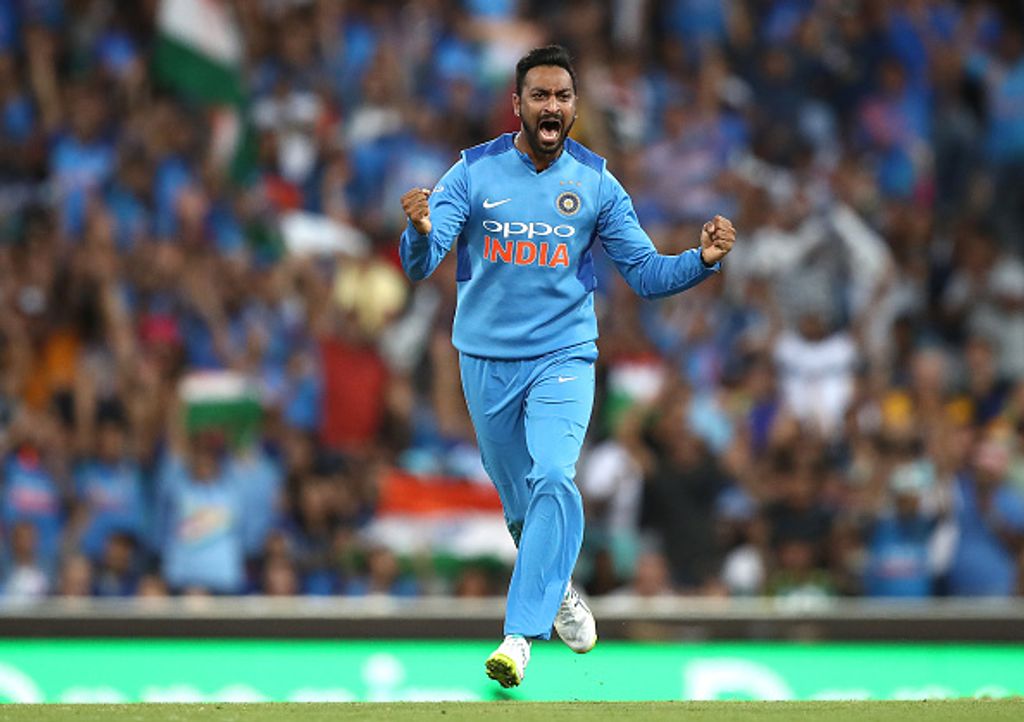 Krunal Pandya gave credit to spin partner Kuldeep Yadav after bagging four wickets for India in their series-leveling T20I victory against Australia in Sydney on Sunday.

The left-arm spinner, Krunal, returned figures of 4-36 in four overs as India restricted the Aussies to a total of 164/6 before Virat Kohli, with an unbeaten 61, led the tourists to a six-wicket victory with two balls to spare.

Krunal, who was playing in his sixth T20I, gave credit to fellow left-arm slow-bowler Kuldeep who bowled his four overs for just 19 runs.

Speaking after the game, Krunal said: “For me it becomes easier when your spin partner is bowling really well and you can share ideas.

“Every game he gave me some tips about how I can bowl according to the situation and it helps when someone is putting lot of pressure on the other end.

“So when you bowl you get a chance to take wickets, so a lot of credit goes to Kuldeep for creating pressure and it helped me to get those wickets.”

Krunal was also happy at the way he bounced back after the hammering he took in the first T20I of the series in Brisbane where he was hit for a 55 runs in four overs.

The left-arm spinner continued: “Giving away 50-plus runs in Brisbane was very tough for me, the next 24 hours were tough.

“I had to convince myself again,” he said. “It took me a while to back myself when you give away 55 runs plus playing at this level where you have hardly played any games.

“I was happy to overcome that because when you overcome such hurdles you are able to do well. They were two drastic results for me.

“When you come back like this, it is very satisfying, you had such a bad day and then against the same opponent you do well, it gives satisfaction and happiness and a surety that you belong at this level.”

Australia and India will now turn their attention to the longest format as the four-match Test series gets underway on 6 December in Adelaide.