Kuldeep’s whole focus is to build a long Test career 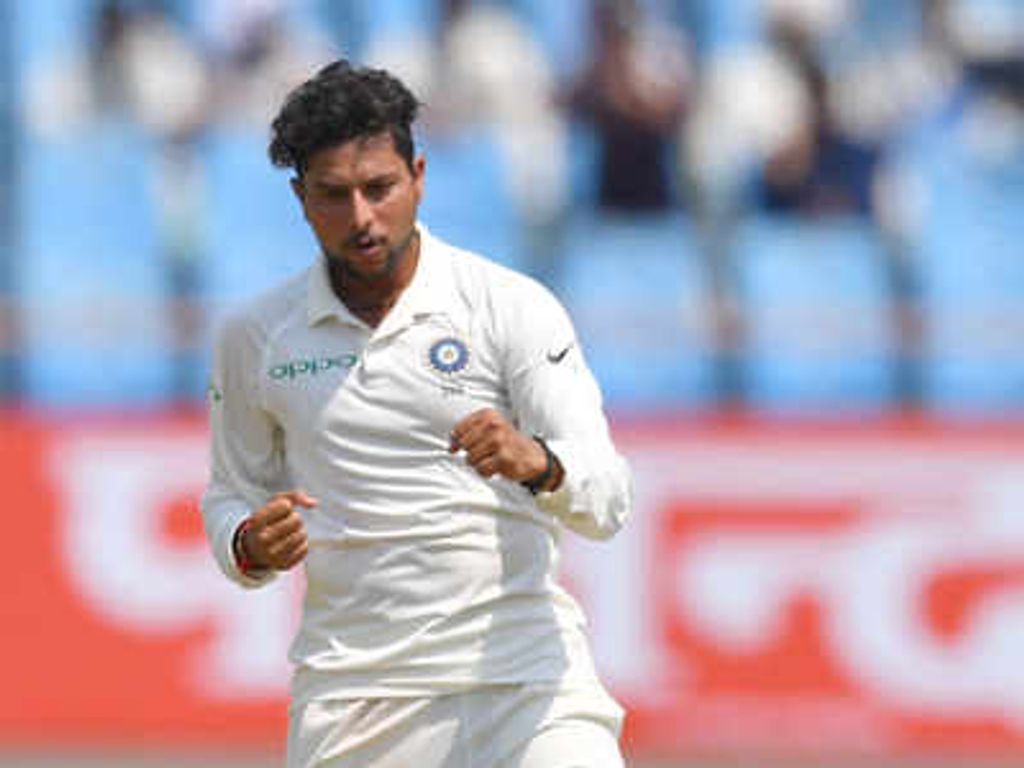 India spinner Kuldeep Yadav says playing Test cricket is close to his heart and wants to carve to out a long and successful career in the longest format.

Playing in only his fourth Test, Kuldeep picked up his maiden five-wicket haul in Test to help India crush West Indies by an innings and 272 runs in the first Test in Rajkot on Saturday.

ALSO READ: Brathwaite urges Windies to ‘trust’ in their defence

A left-arm chinaman bowler, Kuldeep has become a major weapon in white-ball cricket and is settled in the playing XI but his chances in the ‘whites’ have been scarce as he has played his four matches over a 19-month period.

His last Test came on the recent tour to England but it did go well and he was sent home to get in some red-ball cricket for India A.

“In England, the conditions were different, maybe I could have bowled well there, but it did not happen that way.

“Then after coming here, played two matches with India A, it was a good comeback.”

Explaining the differences between bowling with the in the different formats, Kuldeep said the red and white balls are so much different to bowl with.

The 23-year-old explained: “Coming back to the red ball from the white ball is very difficult and also challenging. For a wristspinner, it is challenging because it takes time to get used to it.

“The white ball is a bit hard and is easier to grip. But the red ball, after a few overs, it gets softer, so it takes time to adjust.”

The second and final Test between India and West Indies starts in Hyderabad on Friday.