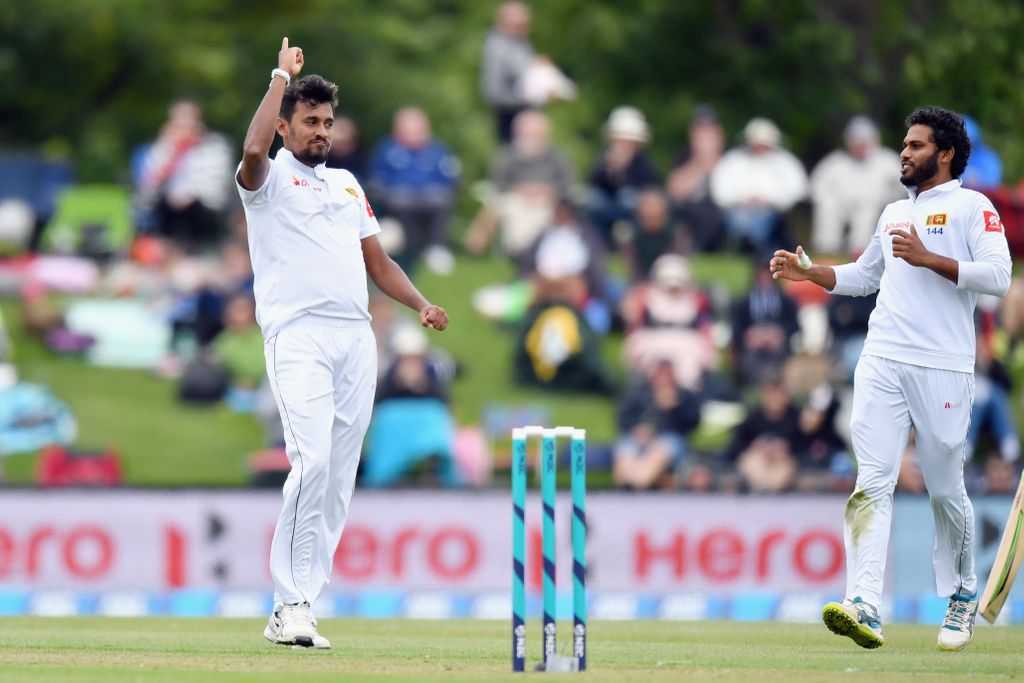 Suranga Lakmal picked up his second five-wicket haul of his career as 14 wickets fell on the first day of the second and deciding Test between New Zealand and Sri Lanka in Christchurch on Wednesday.

Seamer Lakmal claimed figures of 5-54 in 19 overs as the home team were bowled out for 178 after Sri Lanka captain Dinesh Chandimal opted to bowl first under cloudy skies and on a green pitch.

It could have been so much worse for the Black Caps as number eight Tim Southee struck 68 off 65 balls and BJ Watling also hit 46.

The duo put on 108 for the seventh wicket after New Zealand slipped to 66-6 just after lunch on the first day.

Lakmal was well supported by fast bowler Lahiru Kumara who returned figures of 3-49 in 14 overs.

Sri Lanka then reached stumps on 88/4 with Southee getting in on the act with ball, ending the day with 3-29 in 11 overs.

Angelo Mathews, one of the heroes of the first Test for the visitors, will resume on 27 not out while Roshen Silva was with him on 15 as the pair try to rebuild after Sri Lanka were 51-4.