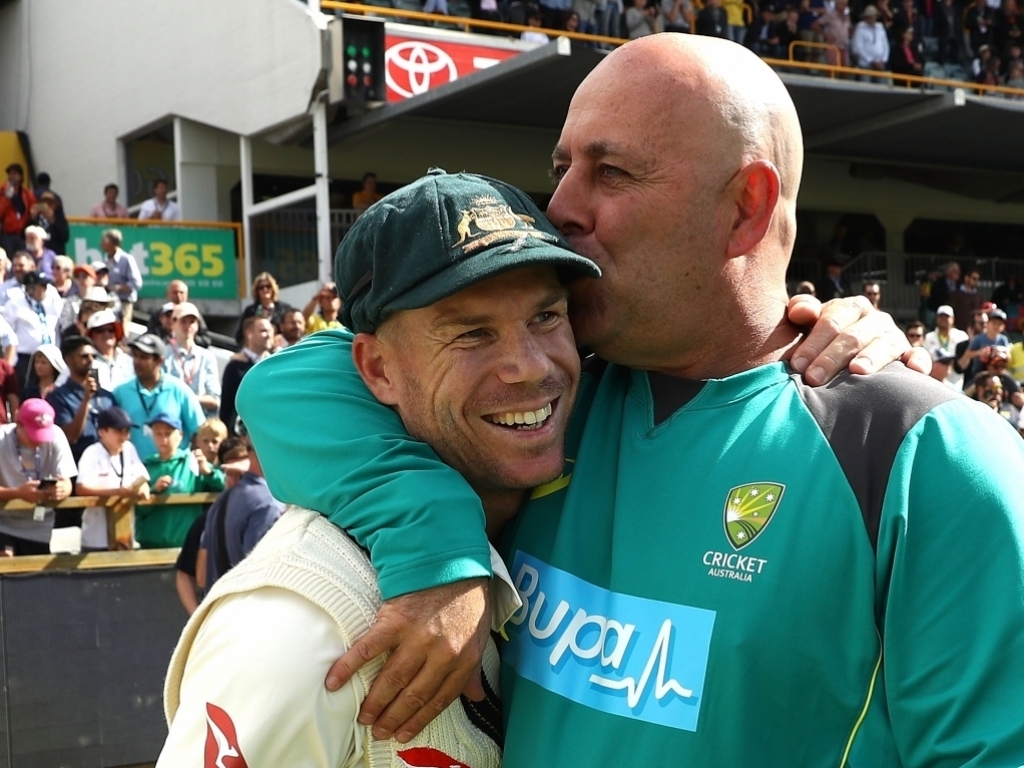 Australia coach Darren Lehmann insists David Warner’s position as vice-captain of the Test side is not under review following the first Test against South Africa that ended in Durban on Monday.

Warner and Proteas wicketkeeper Quinton de Kock are waiting to hear if they will be sanctioned by the ICC following an ugly confrontation that happened outside the dressing rooms on day four at Kingsmead.

In footage captured by a CCTV camera, Warner is having to be restrained by his own teammates as he tries to have a go at De Kock for something personal that the Proteas player allegedly said to the Australia batsman.

Cricket Australia and Cricket South Africa have both said that the matter is in hands of the umpires and match-referee but Lehmann said they are supporting their man.

When asked if Warner’s role as vice-captain was under threat, Lehmann said: “No, he’s vice-captain of the Australian cricket team.

“We’re certainly supporting David. We want to play a way that gets us success and for us we’ve just got to make sure we don’t cross the line, that’s the key.

“There are things that cross the line and evoke emotion and you’ve got to deal with that behind closed doors and get better at that.

“Everyone has their own opinion. We’ll just wait and see what happens moving forward, how both teams want to play it.

“For us, we’re here to win the series. It’s going to be a bloody tough series as we’ve seen over the five days here. We’re looking forward to PE from our point of view.”

Lehmann also stated that he would like to speak to Proteas coach Ottis Gibson to address player behaviour and said both captains, Steve Smith and Faf du Plessis, should do the same.

ALSO READ: Du Plessis: Chirping should stay on the field

The Aussie coach continued: “I’m sure the captains will chat and the coaches will chat and we’ll get away to play the game. Both sides are going to push the boundaries.

“That’s part and parcel of Test match cricket. It’s a bloody tough game out there and you’re representing your country.

“Very proud countries, both sides. The way they want to play is fiercely competitive on the ground. As long as it doesn’t get personal, that’s probably the key.”

The second Test of the four-match starts in Port Elizabeth on Friday.