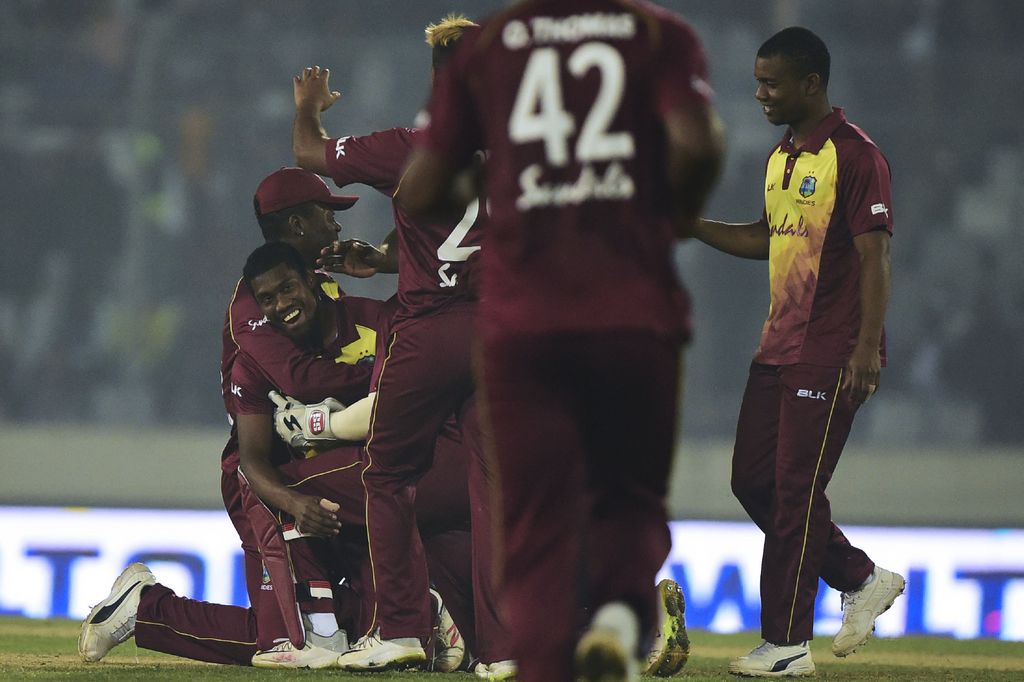 Evin Lewis smashed 89 and Keemo Paul took a five-wicket haul as the West Indies beat hosts Bangladesh by 50 runs in the third and deciding T20I in Dhaka on Saturday to clinch the series 2-1.

Batting first, the Windies were given a roaring start as opener Lewis plundered the Bangladesh bowlers to all parts as he made his way to 89 from just 36 balls.

Lewis added 76 in just five overs with Shai Hope (23) for the first wicket but the tourists’ innings fell apart once Lewis was out in the 10th over to off-spinner Mahmudullah.

Mahmudullah certainly found a good rhythm and dismissed Shimron Hetmeyer the very next ball as the West Indies collapsed from 122/2 to 190 all out in 19.2 overs.

The home side’s bowlers pulled the game back brilliantly. Mahmudullah led the charge with figures of 3-17 in 3.2 overs while Shakib Al Hasan and Mustafizur Rahman also picked three scalps apiece.

Bangladesh opener Liton Das benefited from a major piece of controversy in the fourth over as he was caught at mid-off off a no-ball from fast bowler Oshane Thomas.

However replays showed the burly paceman had not overstepped and the game stopped briefly as Windies captain Carlos Brathwaite had a chat to the umpires and match referee Jeff Crowe.

The ruling was that Das had to bat on and that decision seemed to galvanise the Windies as they took the wicket of Das, the batsman eventually falling for 43 from 25 balls.

Bangladesh fell to pieces as a fired up West Indies team continued to take wickets as seamer Paul recorded the best-ever figures for a West Indies bowler in a T20I with 5-15 in his four overs.

He was well supported by left-arm spinner Fabian Allen who took 2-19 in his four overs as the hosts were bowled out for 150 in after 17 overs.