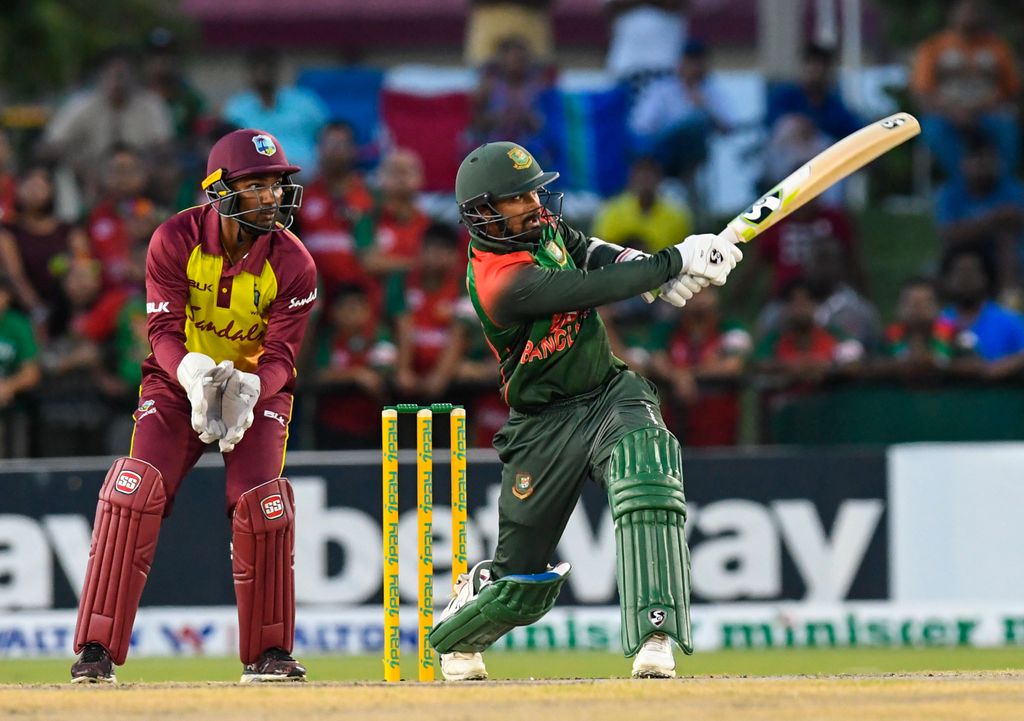 Bangladesh batsman Liton Das was thrilled after setting up his team’s win in the final T20I against the Windies in Florida that clinched the three-match series for the Tigers.

Das hit a career-best 32-ball 61 in the deciding T20I to help Bangladesh win by 19 runs (DLS method), and called the win one of great significance for his side.

He was modest about his own contribution to the victory, saying that he was lucky to have scored his first half-century in white-ball cricket.

Liton said after the game: “The pitch was okay, it was similar to our country’s wickets. This is my first fifty and I’m lucky.”

Backed by a large expat contingent in the crowd in Florida, the Tigers kept their noses ahead as the Windies stopped at 135/7 [17.1 overs] in response to tourists’ total of 184/5.

Visiting captain Shakib Al Hasan was pleased with the result, and lauded his team for bouncing back from defeat in the first game to take the series with back-to-back wins in Lauderhill.

Liton concluded: “They are a very good team, they are the last World Cup [World T20] champions, so this is a very important win for us.”