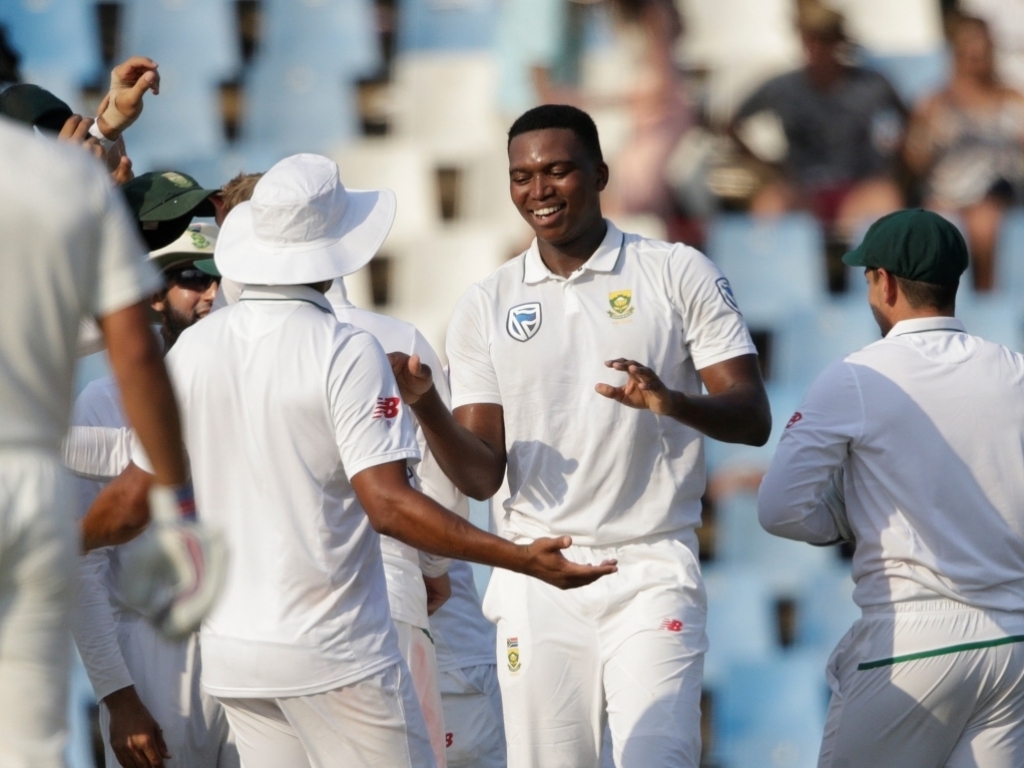 South Africa newest Test cap, fast bowler Lungi Ngidi, reflected on his first Test wicket on Sunday, saying it gave him goosebumps and made him believe that he can perform at the highest level.

Ngidi had an eventful second day of the second Test in Centurion, scoring his first run, then getting a run-out when threw down the stumps to dismiss Cheteshwar Pujara and then got in the wickets column as he had Parthiv Patel edge behind to Quinton de Kock.

The Titans paceman ended the day with figures of 1-23 in nine overs and spoke afterwards about how he set Patel up from around the wicket to induce the edge.

Ngidi told reporters afterwards: “I actually had goosebumps. I was talking to Vernon (Philander) in terms of gameplans on how to get that wicket.

“Listening to someone with so much knowledge, and it planning out exactly the way he was telling me, it made me really happy and believe that I can perform at this level.

“A Test debut was a dream of mine and I’m happy to say it came true on my home ground. It was a very good day. If I’m hyper-critical, I could have done a bit better. But I’ll take it.”

The 21-year-old, who had only played nine first-class games before his Test debut, has not always had it his own way in his short senior career.

Having made his T20I debut early last year and the world at his feet, he was struck down by injury which kept him out for most of 2017.

Ngidi added: “That [the injury] was one of the biggest challenges I have had in my career, going from such a high to such a low in such a short space of time.

“It was tough for me because I thought I was doing all the right things but the results just weren’t going my way. I got a lot of time to reflect and get to know myself as a person, and I got through it.

“I am a lot stronger than I thought I was. It helped me with a lot of confidence going forward.”