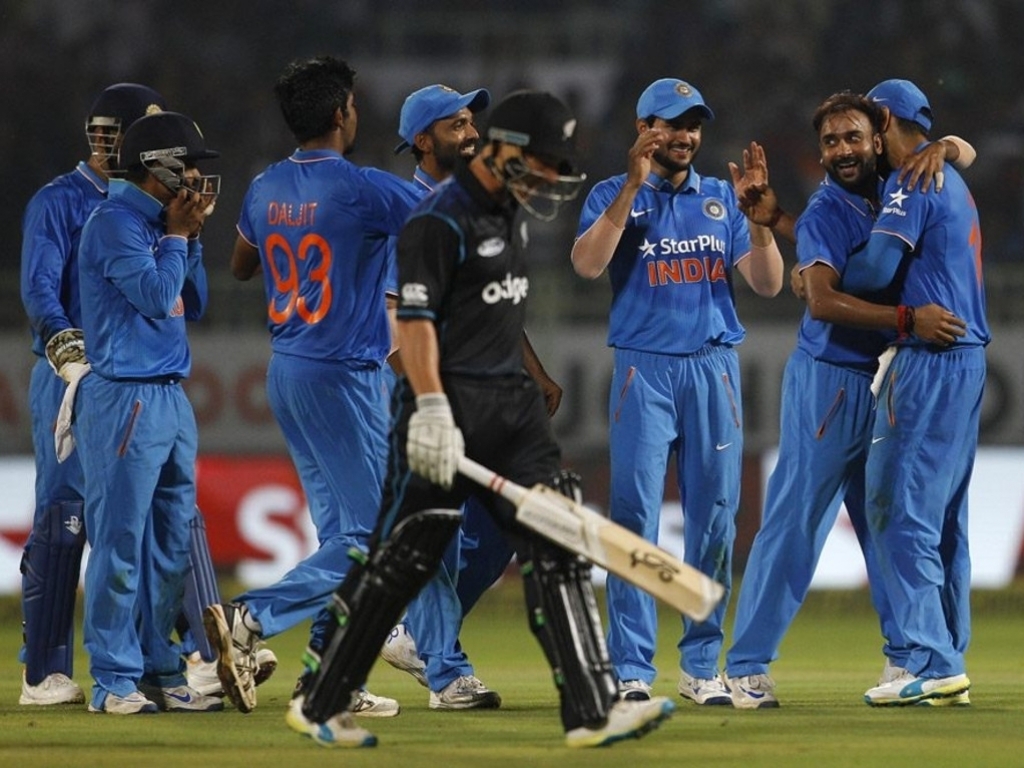 India’s spinners demolished New Zealand’s batting lineup to give the home side a 190 run victory in the deciding match of the series at Visakhapatnam.

India set New Zealand a target of 270 for victory as half centuries from Rohit Sharma and Virat Kohli saw the hosts post 269/6 in their fifty overs.

In response New Zealand crumbled under pressure against the Indian spin attack with Amit Mishra doing the bulk of the damage as they were bowled out for 79.

India lost Ajinkya Rahane (20) inside the first ten overs but opening partner Sharma and Virat Kohli put on 79 for the second wicket.

Sharma ended a poor run of form in this series as he cracked 70 from 65 balls to be India’s top scorer.

MS Dhoni joined Kohli and the pair put on 71 for the third wicket in yet another good stand between the two.

Dhoni was trapped leg before by Mitchell Santner who finished with figures of 1 for 36 and did a brilliant job of pulling India back in the middle overs.

Manish Pandey lasted just five balls for his duck as India stuttered, Kohli would depart not too long afterwards and it looked like the home team might lose their way but Kedar Jadhav (39 not out) and Axar Patel (24) helped guide them to a decent total.

New Zealand were woeful against spin today sliding from 63 for 2 to 79 all out.

Kane Williamson (27) and Tom Latham (19) failed today and it seems that if neither fire then New Zealand flounder.

Amit Mishra was brilliant though taking 5 for 18 in six overs to leave New Zealand in tatters.

India win the match and the series 3-2, they now prepare to host England while New Zealand return home to await the arrival of Pakistan.