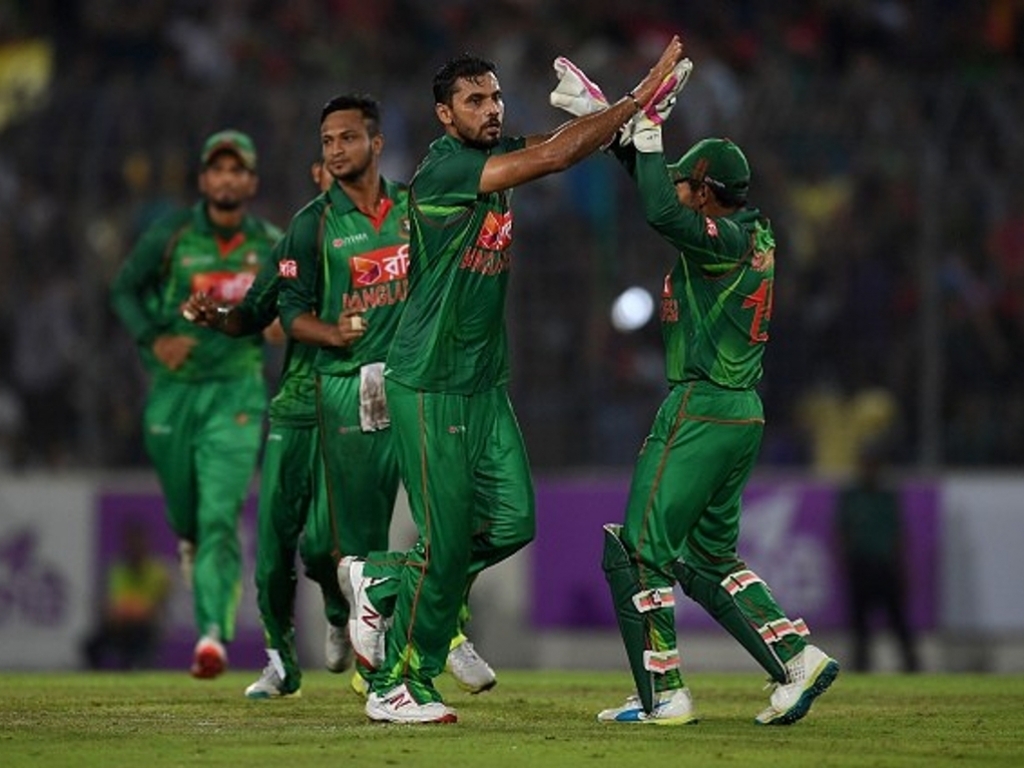 Bangladesh captain Mashrafe Mortaza has leapt to the defence of Tamim Iqbal, who was involved in an on-field spat with England’s Ben Stokes on Sunday.

All-rounder Shakib-al-Hasan had to step in to keep the piece after Ben Stokes shoved Iqbal as he argued with Jonny Bairstow while the pair shook hands.

Mashrafe maintains his players are innocent: “I saw the video later and I didn’t find any fault of Tamim or my players.

“I am not saying it is anyone’s fault but at the same time I didn’t find any fault in Tamim. We went very normally to shake hands with their players. When we lost the first match, we shook hands with them as well. I don’t want to blame anyone. I didn’t hear Tamim say anything or see him do anything.”

“Actually we didn’t do anything wrong. Whatever we feel, we just celebrated. We don’t have to say sorry but whatever the things happened, match referee was there. Still I feel that the boys just celebrated a wicket.”

The skipper is keen to move on although he does feel hard done by.

Mashrafe continued: “Actually the discussion and criticism has not touched me at all. I don’t even know what happened. Sabbir and I got fined but I have not been thinking about these things. I have never thought about these things in my career.

“If you look at the past, I have played for 16 years, we have heard comments of many people and we have kept on playing, I don’t think that we did something unjustly. Many things may happen in the heat of the moment, so one doesn’t have to go overboard with this. Everyone will have to take this easily. The match referee was there, he saw our mistakes and we have been fined. I have accepted this. It is a gentleman’s game and we will try to play our best.”