Home Countries Mathews out for remainder of the series

Mathews out for remainder of the series 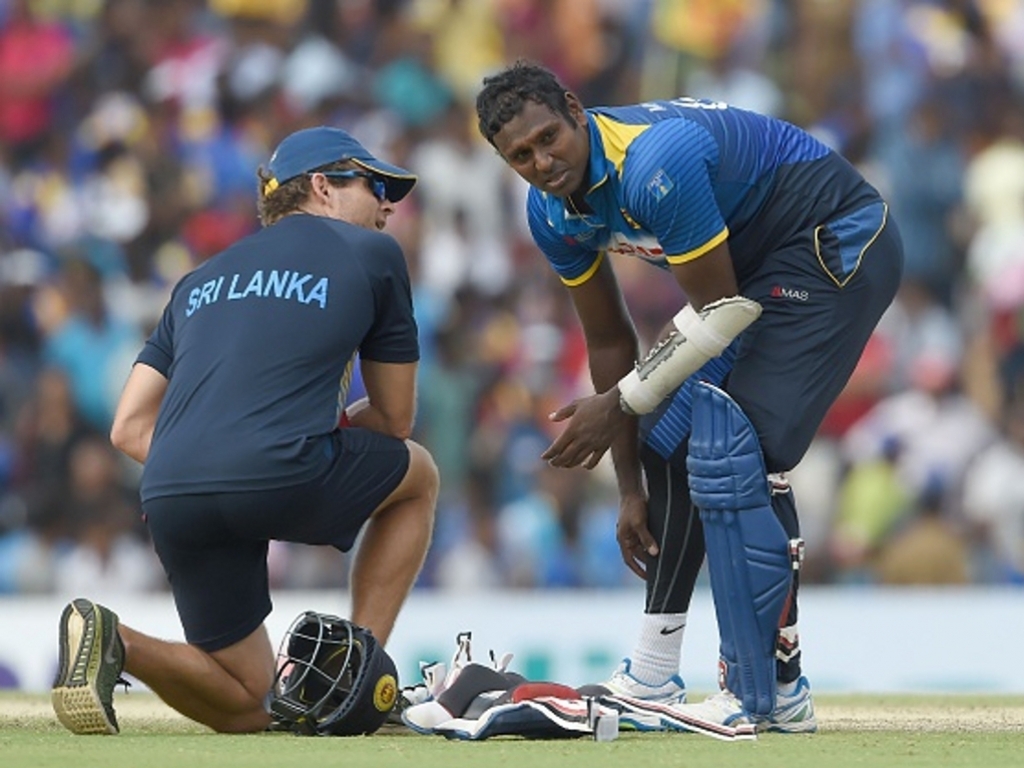 Sri Lanka captain Angelo Mathews will miss the rest of the series against Australia after sustaining a calf tear in the fourth ODI in Dambulla.

Allrounder Thisara Perera and spinner Lakshan Sandakan have also been released from the ODI squad for the final match in Colombo.

The trio will be replaced by batsmen Upul Tharanga and Niroshan Dickwella, as well as allrounder Dasun Shanaka.

Mathews has yet to undergo a scan on his injury but team management have ruled him out of the remaining ODI and the two T20Is against the visiting Australians.

The skipper was forced to retire hurt after sustaining the injury while batting during the fourth ODI and even though he returned to complete his innings, he did not take the field when Sri Lanka were bowling.

Perera has had only modest effect as Sri Lanka’s lone seamer and Shanaka is likely to come straight into the team as a direct replacement for his seam bowling counterpart.

Tharanga and Dickwella come into the team to bolster the hosts batting reserves with both players candidates to replace the retiring Tillakaratne Dilshan at the top of the order.