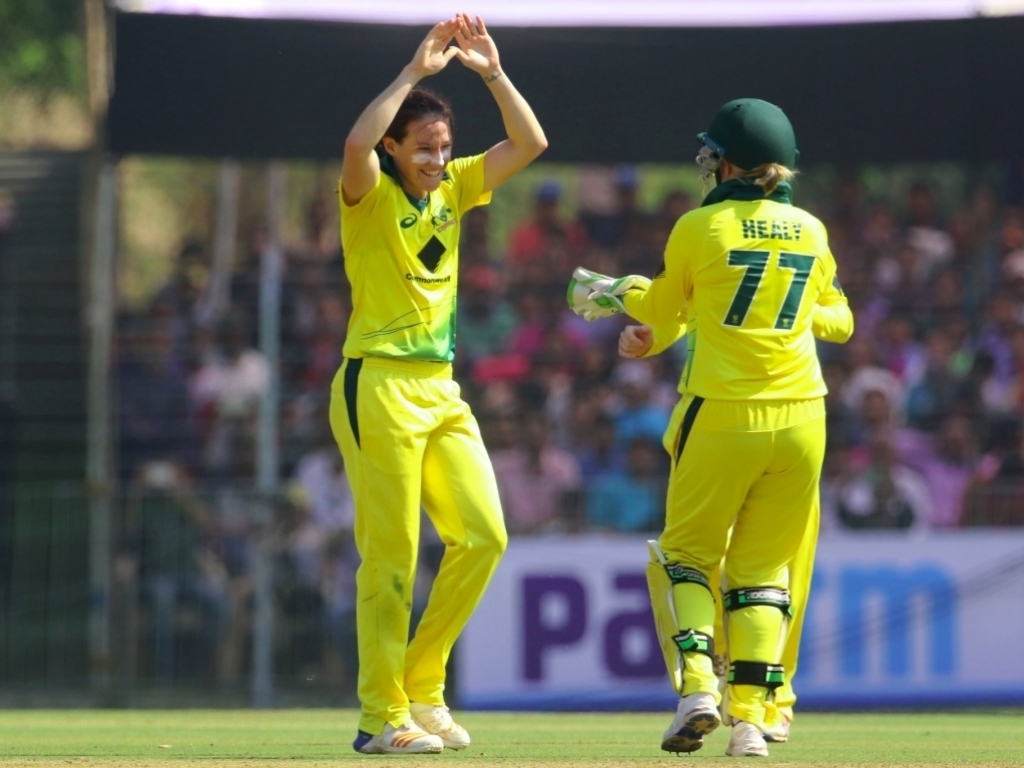 A hat-trick to Megan Schutt and half-centuries to Beth Mooney and Elyse Villani has steered Australia to a 36-run win against India, securing its spot in the T20I tri-series final against England on Saturday.

Having posted 5-186, Australia made early inroads thanks to Schutt (3-31) who claimed two wickets off the last two balls of the second over.

She then claimed her third wicket off the first ball of the fifth over to become the first Australian woman to claim a T20I hat-trick.

Australia’s bowlers showed good discipline with the ball to restrict India to 5-150, 36 runs short of the target, with Delissa Kimmince (1-27) and Ash Gardner (1-24) the other wicket takers.

Australia was sent in to bat first after losing the toss and stumbled early with Alyssa Healy (9) caught on the boundary and Ashleigh Gardner (17) falling not long after.

Mooney (71) and Villani (61) combined beautifully to get Australia back on track, the duo combining for a 114-run partnership that proved the difference between the two sides.