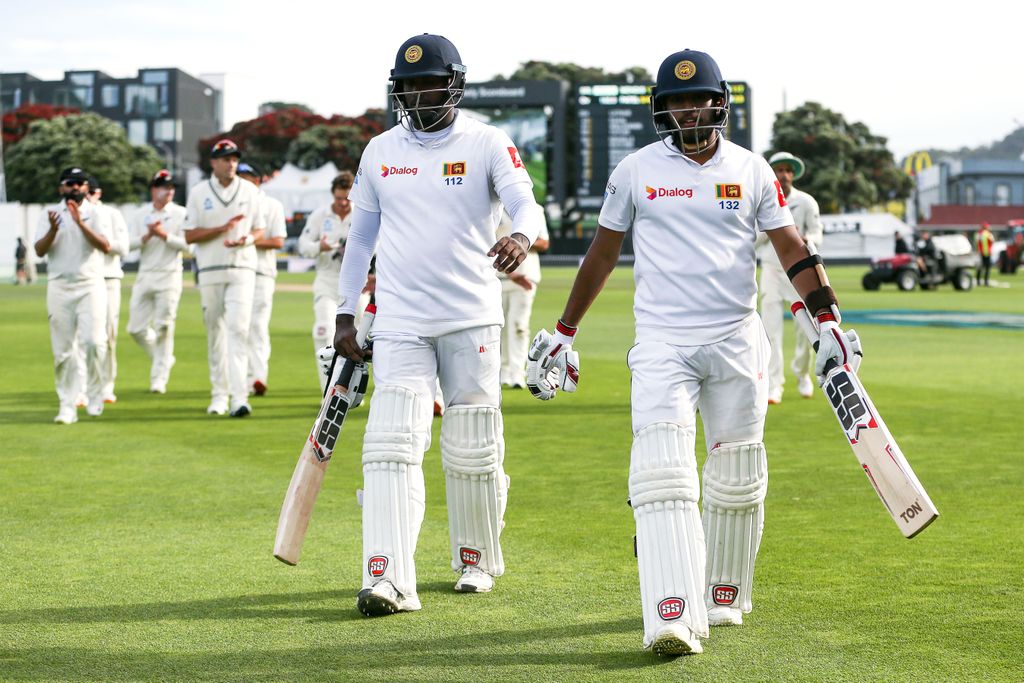 Kusal Mendis and Angelo Mathews both scored unbeaten centuries on the fourth day of the first Test against New Zealand to give the visitors of battling for a draw in Wellington.

Mendis was 116 not out while Mathews was unbeaten on 117 as the pair batted the entire day to defy New Zealand’s bowlers for a partnership of 246 for the fourth wicket.

The Sri Lanka duo’s heroics ensured the tourists reached stumps on 259/3, still a deficit of 37 runs but with only one day of the Test still remaining.

It was also the first time in New Zealand that a full day’ play in Test cricket has been completed without a wicket falling and the first time anywhere since South Africa achieved the feat against Bangladesh in Chittagong in 2008.

Sri Lanka resumed the day on a seemingly hopeless position of 20/3 but Mathews and Mendis showed the grit and determination not seen from the tourists in the first innings when they were dismissed for 282.

The home side’s bowlers toiled without success under the baking sun on what looks a belter of a pitch at the Basin Reserve.

It was Mendis’ sixth Test century in his 33rd game while Mathews went to his ninth hundred in the longest format, in his 79th Test, and his first in more than a year.

The partnership will be a huge boost for Sri Lanka who have won only one Test in Wellington in five attempts and are bouncing back from 3-0 series whitewash at home against England.