Home Countries Arthur: We have a ‘good chance’ to win Test series in SA

Arthur: We have a ‘good chance’ to win Test series in SA 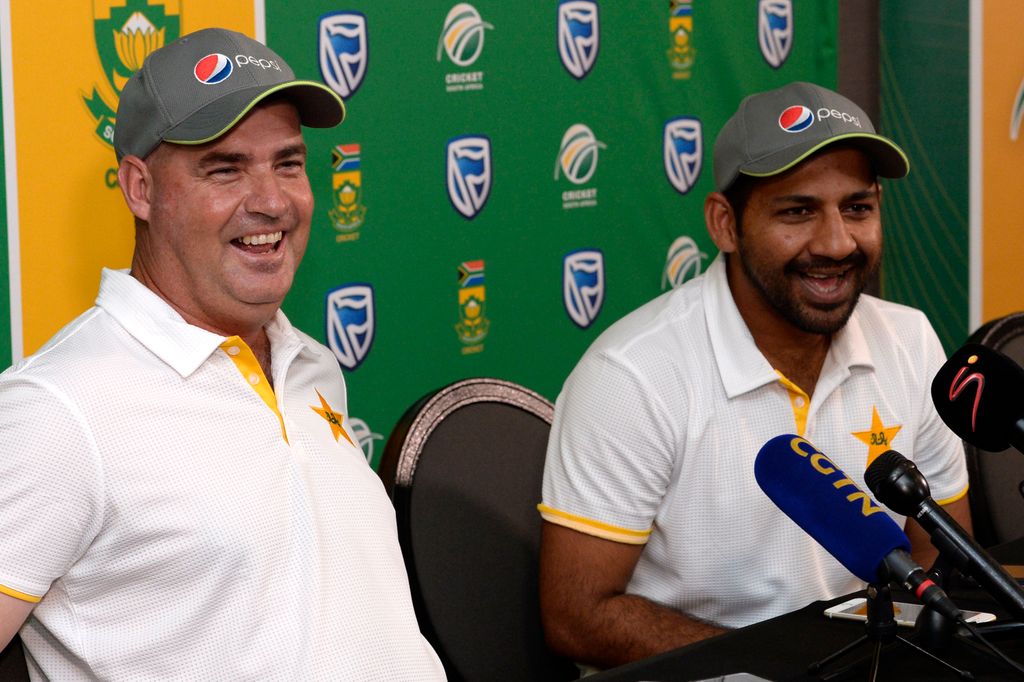 Pakistan coach Mickey Arthur believes his team have a “good chance” to actuallly go on and win the upcoming Test series against the Proteas, starting on Boxing Day in Centurion.

Arthur was speaking to the media after arriving in the land of his birth on Friday ahead of a full tour that will include three Tests, five ODIs and three T20Is.

The Pakistan mentor feels his side, although young in Test experience, is starting to gel and can upset the Proteas.

Arthur said: “We have a very exciting young team that’s starting to gel well together.

“We’ve played unbelievable white ball cricket, our 50-over team is on the up, our T20 has been exceptional, but we are trying to build up a Test team at the moment, it’s young but very exciting.

“We really think we have a good chance out here.”

While the tourists seem to have a potent enough bowling attack that could trouble the Proteas, it will, as usual, be the Pakistan batsmen that will be under scrutiny on the faster, bouncier pitches.

ALSO READ: Arthur urges Pakistan to toughen up ahead of SA Tests

Arthur however insists that his batsmen will enjoy batting in South African conditions more than in the UAE and they can also draw inspiration from the fact that they drew a series in England earlier this year.

The Pakistan mentor continued: “Our attack is exceptionally skillful in all conditions. We know we have an attack that can comfortably take 20 wickets, our challenge is to score 350, 400.

“If we can get runs on the board we know we can take 20 wickets in all conditions. I’ve told our batting group, that they bat better outside the United Arab Emirates than they do in the UAE.

“They batted exceptionally well in England. There are some very talented young batters there, who bat on off stump not on leg stump any more, cover the bounce, the pace and swing, they play very, very well in these conditions.”