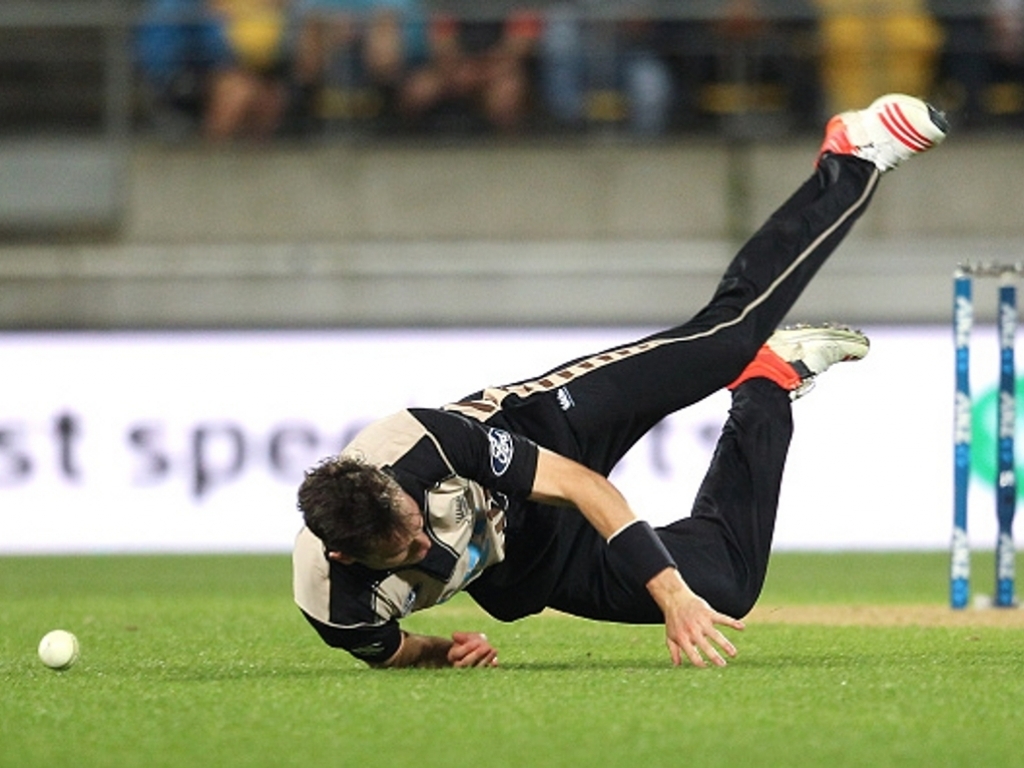 Black Caps fast bowler Adam Milne is likely to miss the ODIs against India as he is recovering from surgery on his elbow.

New Zealand selector Gavin Larsen revealed that Milne is unlikely to have regained full fitness by the time the ODIs roll around in mid-October.

Larsen told stuff.co.nz: “Milne is just coming back from a wee tidy-up elbow operation he had.

“He’s travelling nicely and he’s going to play in those games, but we are keen to keep expanding his batting game so he’s going to play as a batsman. It’s probably fair to say that it would be a stretch [for him to make the squad for India].”

Milne has had to withdraw from the last two editions of the IPL after he injured his heel in 2015 before picking up a hamstring injury in 2016.

Larsen was upbeat about another of the Black Caps walking wounded, Corey Anderson.

Anderson will face off with Milne as he forms part of the Emerging XI along with promising batsman Jeet Raval.

Larsen concluded: “We will monitor Corey, like we’ll watch everyone, and assess where he is at after those games.

“It is the bowling obviously we are very keen to see Corey keep progressing in, to be getting back to being selectable as a genuine allrounder. We are trying to get that on track as quick as possible.”