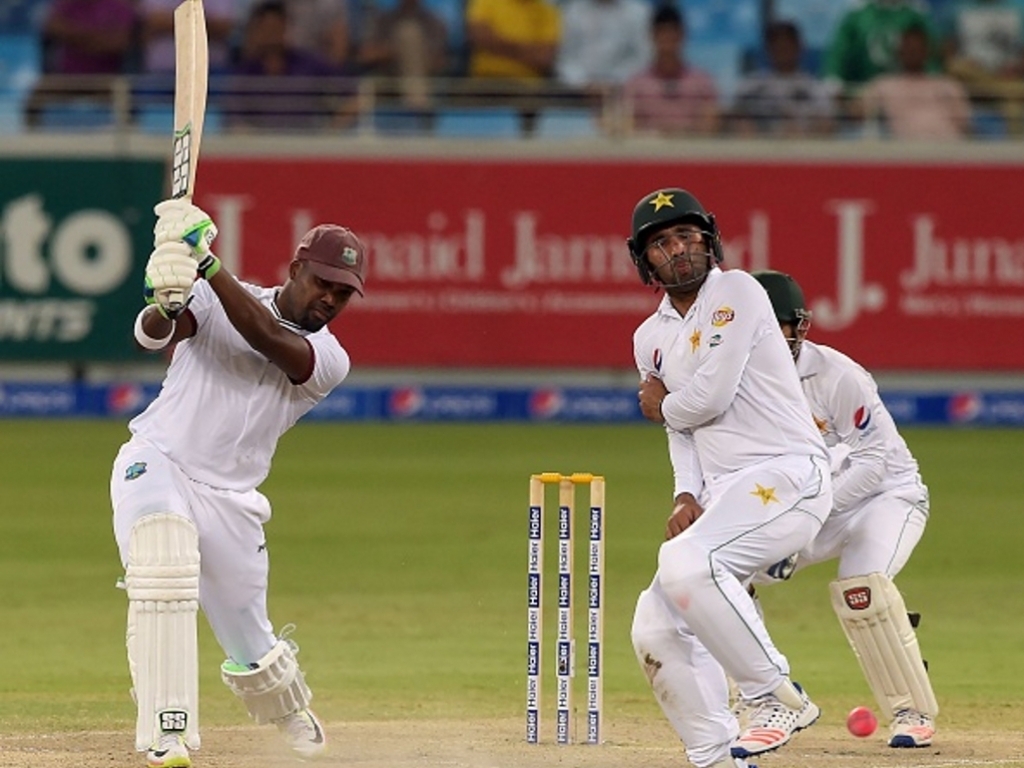 Pakistan skipper Misbah-ul-Haq reserved special praise for the West Indies Darren Bravo after the batsmen’s efforts to frustrate his team in the first Test of the series in Dubai.

Misbah also took time to address some issues his bowler’s had with the pink ball during the first ever day/night Test in Asia.

Bravo would bat for 406 minutes on his way to 116 in the fourth innings of the match to run Pakistan close and his efforts were not lost on Misbah.

The Pakistan skipper said: “The way he handled Yasir Shah, that was really something special. He [Yasir] was turning the ball from roughs but he [Bravo] showed good defence and attacked him at times.

“That was the main reason he neutralised Yasir for quite a long time but still Yasir managed to take wickets. Every passing ball was putting pressure but thankfully we managed to win the game. You should give credit to the opposition, they played really well and it was a good game in the end.”

Speaking of Pakistan’s almost inexplicable collapse on day four that brought the West Indies back into the game, Misnah said: “It was tough for the team and for the captain.

“Certainly you were ahead of them for almost three and a half days but in one session you had given the advantage to the opposition. Maybe had we batted for another 15 overs, with 400 runs on board we could have got them out early.”

Misbah was happy with most aspects of the Test but pointed out that the pink ball became tough to bowl with in the evening as dew would cuase the ball to swell.

The skipper commented: “A bit of dew in the evening session was effecting the ball. With the sogginess, the ball was getting softer so different factors contributed and helped the batsmen score runs.

“Spinners and fast bowlers will get more help and reverse swing will also be there in the dry weather. But in the evening the pink ball was getting wet and the seam was swelling and it got softer.

“The pitch was on the slower side, I don’t know why, but otherwise the Dubai pitch normally starts deteriorating after two days. But since the dew was helping the pitch bind again and it wasn’t breaking up at the same rate it used to.

“But in the end it was a good Test match, both teams played really well, and it’s good for the Test cricket.”