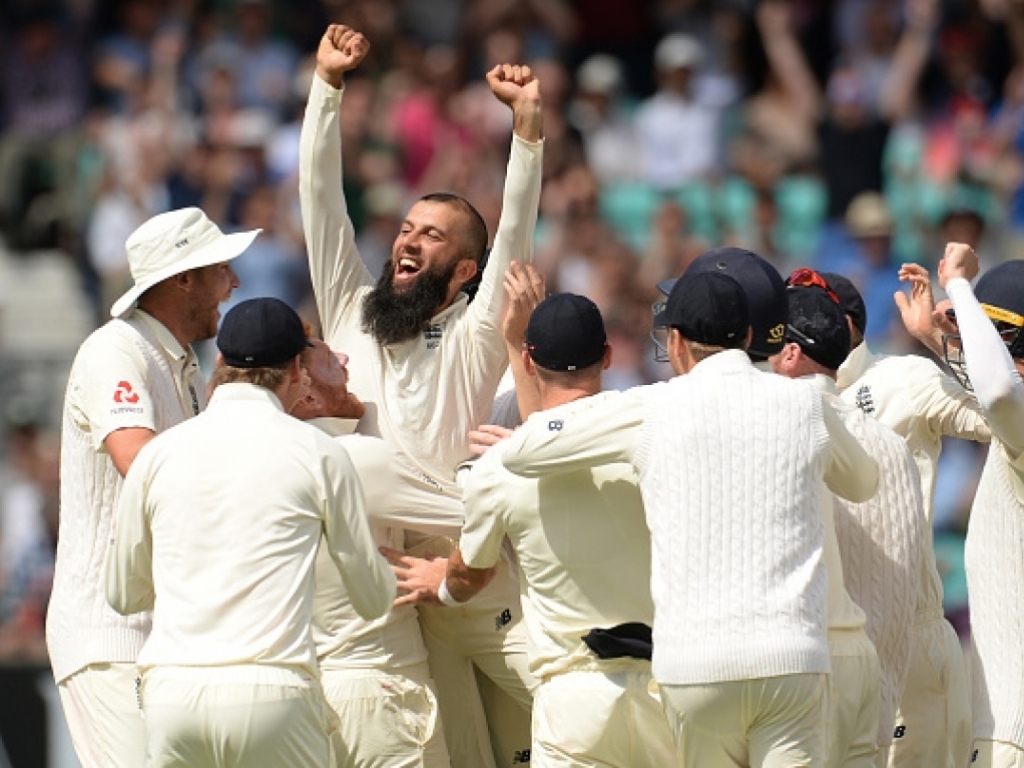 Moeen Ali completed a magnificent all-round match and series when he ripped the heart out of the Proteas middle and lower order to set England up for another big win – this time by 177 runs – in the final Test match which finished Old Trafford in Manchester on Monday.

The result gave England a 3-1 series win and represented the first time they had beaten South Africa in a home Test Series since 1998.

Moeen captured his second five-wicket haul of the series to finish the leading wicket-taker with 25 dismissals – five better than Jimmy Anderson – at an average of 25.64 to go with the 252 runs he scored at an average of 36.

Hashim Amla and Faf du Plessis had earlier posted only the Proteas fourth century partnership of the series to give hope that the Proteas would put up a stern fight.

YESSS! Massive breakthrough as @MoeenAli gets Amla lbw on review for 83.

Moeen finished the match by taking two wickets in two balls and would have been on a hat trick for the second time if there had been anybody left to bat.

It was a strange series for the batsmen on both sides with only 3 centuries being scored and England gaining a batting advantage largely through the costly number of catches the Proteas put down.

The Proteas are a talented but highly inexperienced side as a result of the absence of AB de Villiers and Dale Steyn, the loss of form of JP Duminy and the injury and health setbacks suffered by Vernon Philander.

The younger brigade of batsmen never came to terms with batting under England seamer friendly conditions and most of the plusses were on the bowling front with Morne Morkel the leading wicket taker for his side, Keshav Maharaj confirming his development as an international class spin bowler of note and Duanne Olivier showing that he is a quick learner.

Misfortune also smiled unkindly on the tourists with Du Plessis missing the first Test, Kagiso Rabada the second and Philander the final one. They were not at full strength for a single game in the series.