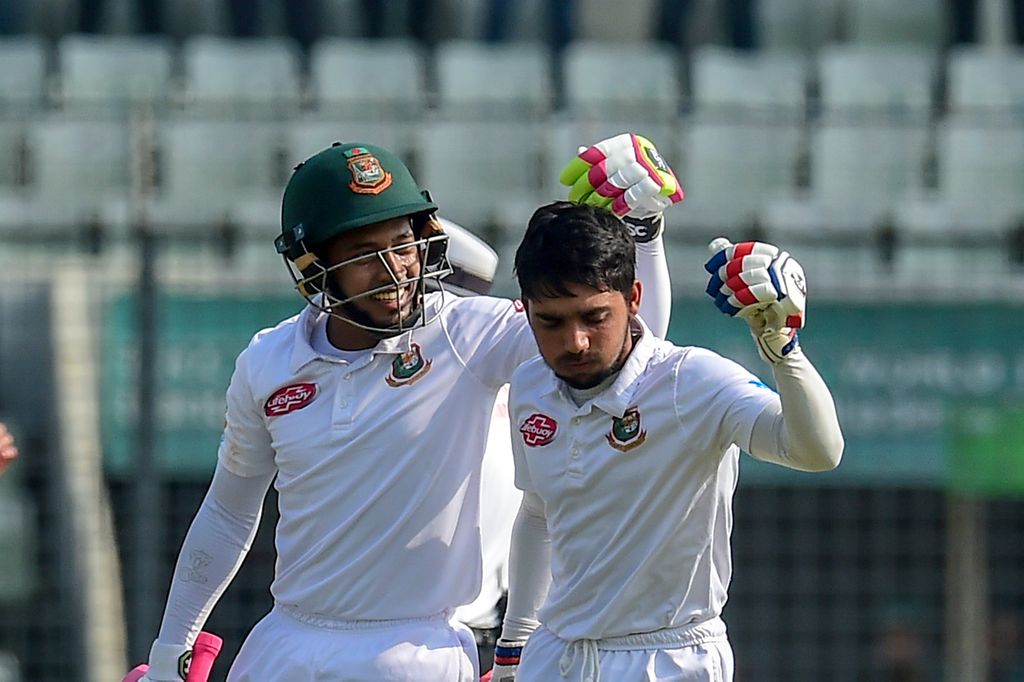 Mominul Haque and Mushfiqur Rahim struck hundreds as Bangladesh started the second and final Test against Zimbabwe strongly, reaching 303/5 at stumps on the first day.

Mominul hit 161, his seventh Test century, and Mushfiqur was unbeaten on 111 at the close, his sixth ton in the longest format, as the Tigers look for the victory that will level the two-match series.

After home captain Mahmudullah had won the toss and opted to bat first, the Tigers were in early trouble as they were reduced to 26/3 by the 12th over.

Zimbabwe seamer Kyle Jarvis struck the first blow when got opener Imrul Kayes (0) and then two overs later the same bowler got rid of Liton Das (9).

Donald Tiripano made sure debutant Mohammad Mithun did not get any runs in his maiden Test innings as the hosts looked to be in serious trouble.

However, Mominul and Mushfiqur, who are Bangladesh’s two best batsmen in the current line-up, then combined for a 266-run stand for the fourth wicket.

Both reached their centuries and looked as if they would take the home side to the close in a very strong position.

However, seamer Tendai Chatara returned to the attack with five overs remaining and removed Mominul while Jarvis then got rid of nightwatchman Taijul Islam (4) to give some parity to the visitors.

Jarvis toiled hard for most of the day to end with figures of 3-48 in 19 overs.

Mushfiqur will resume with his skipper, who is yet to score, hoping to build a big first innings total for the Tigers.