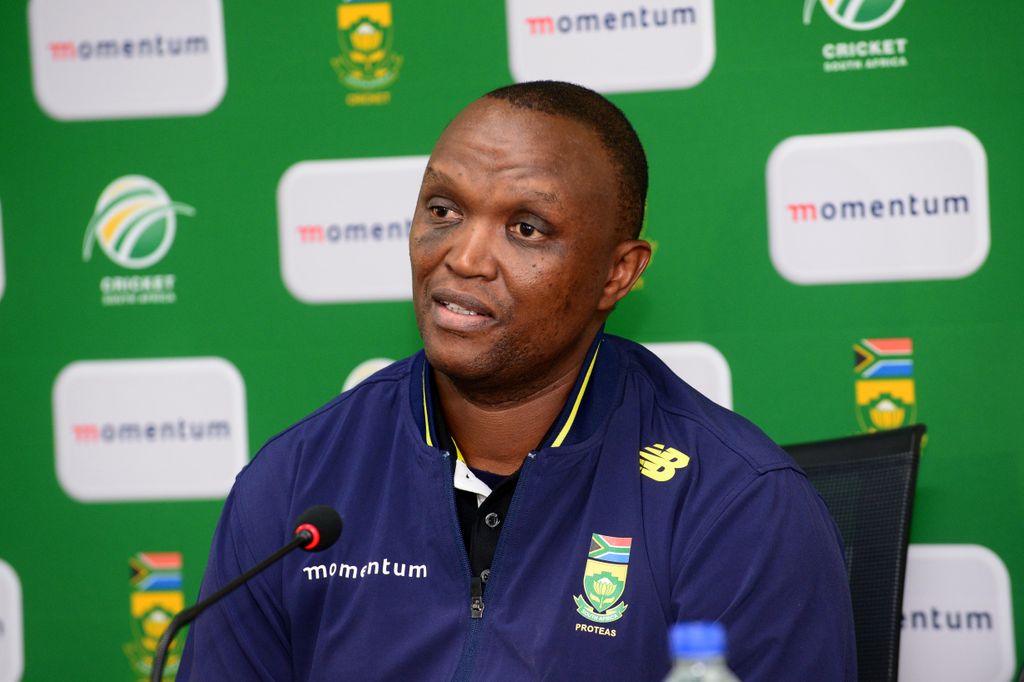 Proteas women’s coach Hilton Moreeng has urged his team to trust their training and preparation after rain caused the team’s first two practice sessions to be cancelled in St. Lucia.

With just two days to go to their first Women’s World T20 appearance against Sri Lanka, South Africa have yet to put bat on ball since arriving on the island, but the coach says this has not knocked the team’s confidence as they look towards the start of their campaign.

“Weather is something that you can’t control, we experienced this well in our tour against West Indies in Trinidad last month,” Moreeng commented at rain-soaked Gros Islet Cricket Ground on Saturday.

“Coming here to St. Lucia and not being able to go out and work like we’ve wanted to has been frustrating but we also know that these are some of the areas of the game that we don’t have control over.

“We need to worry about what we can control. Our performance on any given day, our preparation building up to this tournament, those are all controllables. The rain unfortunately is not and that’s OK, we will deal with those consequences as and when they come.

“As far as the players are concerned, if they had to be woken up tomorrow and told they have to play a match, they would know what they would have to do because the preparation has been done.

“Mentally, physically and tactically we are exactly where we want to be.”

While the Proteas’ bowlers have enjoyed success in West Indian conditions during the team’s four warm-up matches building up to the tournament, the batting unit visibly struggled on the low and slow wickets and were restricted to scores below 100 in two of their encounters.

Moreeng is confident that the issues have been addressed and that even though the team did not return a positive result during their warm-up matches, the games themselves served their purpose.

“As a squad we’re in a very good place,” he explained. “Bar the results from the warm up games, which is what it was – warm-up cricket, they gave us an opportunity to try different combinations as a team and to see what will be required on these conditions.

“When you look at the combinations we’ve tried, we’ve given everyone in the squad a run and they have a good idea of what will be needed from them.

“We have such a good squad that anyone can play on any day. Our plans are where we wanted them to be after the warm-up games and we feel that we are ready for the first game against Sri Lanka.

“I think if you look overall at all of the teams during the warm-up matches you’ll see that they all struggled with the bat at some point.

“Obviously that’s not the bar we set for ourselves, but we acknowledge the difficult conditions for batting.

“It’s why we were here so early so that we can get enough games under our belts to make sure that it’s not such a shock to the system when we play on difficult batting tracks,” the coach continued.

“The conditions have changed every day we’ve been here, one day seamers are bowling well, some days it’s spinners, batters have struggled mostly but we’ve seen that when batters stay patient and work themselves in they will always find themselves scoring freely.”

Top order batter Robyn Searle echoed her coach’s remarks, saying that the players have taken a lot of learnings out of the warm-up matches and their hunger to succeed will give them the impetus needed to put their best foot forward in the tournament proper.

“I think that cliché saying ‘you either win or you learn’ is something that we’ve got going for us at the moment,” she commented.

“That feeling of needing to win and wanting to win is enhanced now because we’ve had a tough time but we’re still backing ourselves and we know we can do this.

“I don’t think we’re in a bad space at all, we are focussed on moving forward,” she continued.

“I think we’ve definitely had more than enough time to experience the conditions and I have no doubt that we’ll make use of all this information to the best of our ability.

“I know that like Marizanne (Kapp) said a few days ago, we’re going to peak at the right time and people need to remember that the tournament hasn’t even started yet for us, we haven’t lost anything yet.”