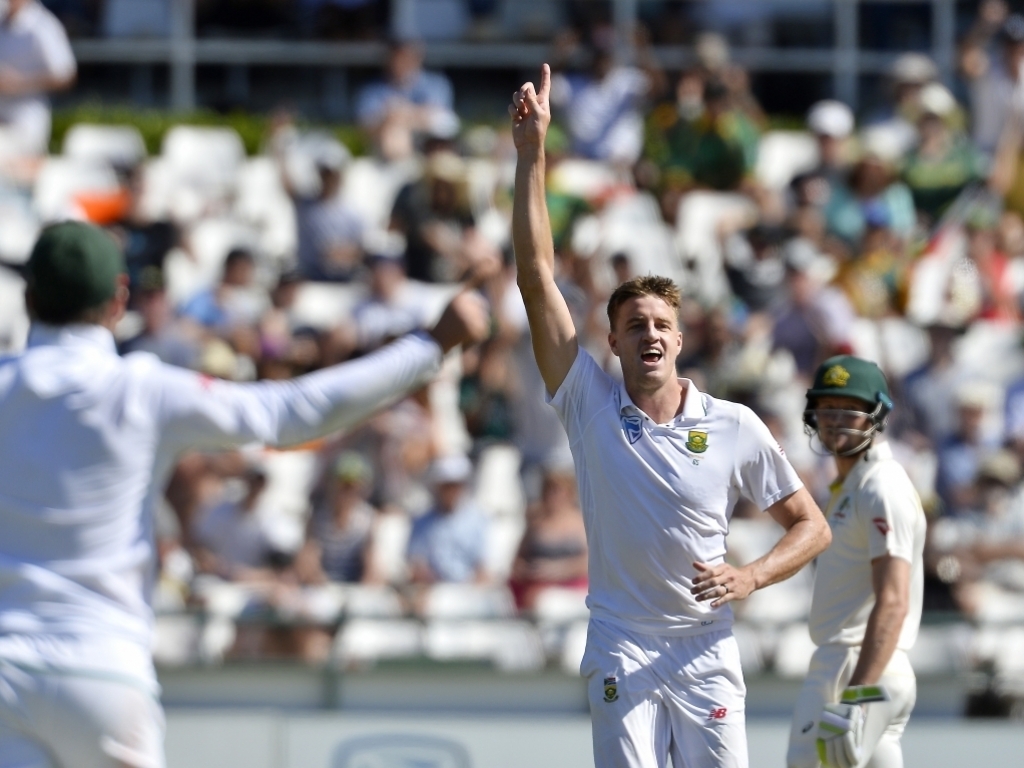 Fast bowlers Trent Boult and Morne Morkel have made significant gains in the ICC Test player rankings after their player of the match efforts in the Auckland and Cape Town Tests, respectively.

New Zealand’s new-ball bowler Boult has moved up five slots to seventh position after his match haul of nine for 99 helped defeat England by an innings and 49 runs to go 1-0 up in their two-match series.

The left-arm bowler took six wickets as England were dismissed for only 58 runs in the first innings in Auckland, their sixth-lowest total ever.

Morkel has similarly moved up five places to take sixth position, grabbing nine for 110 to help the Proteas defeat Australia by 322 runs and take a 2-1 lead in the four-match series.

The lanky paceman has risen to 798 points, his best ever rating points tally with just one Test to go for retirement. Morkel’s highest ever ranking position was third in November 2010.

There is no change among the top five bowlers but Australia pace bowler Pat Cummins is another one to move up, his seven wickets in Cape Town taking him to 18th position, the first time he has made it to the top 20.

Proteas openers Dean Elgar and Aiden Markram have both attained career-best rankings. Elgar’s first innings score of 141 not out, when he carried the bat for a record-equaling third time in Tests, has lifted him to eighth position while Markram’s second innings score of 84 has helped him gain seven slots and reach 15th place.

New Zealand captain Kane Williamson (up one place to third) and middle-order batsman Henry Nicholls (up 22 places to 32nd), South Africa’s Quinton de Kock (up five places to 19th) and Australia opener Cameron Bancroft (up 22 places to 56th) are among the others to move up in the latest rankings.