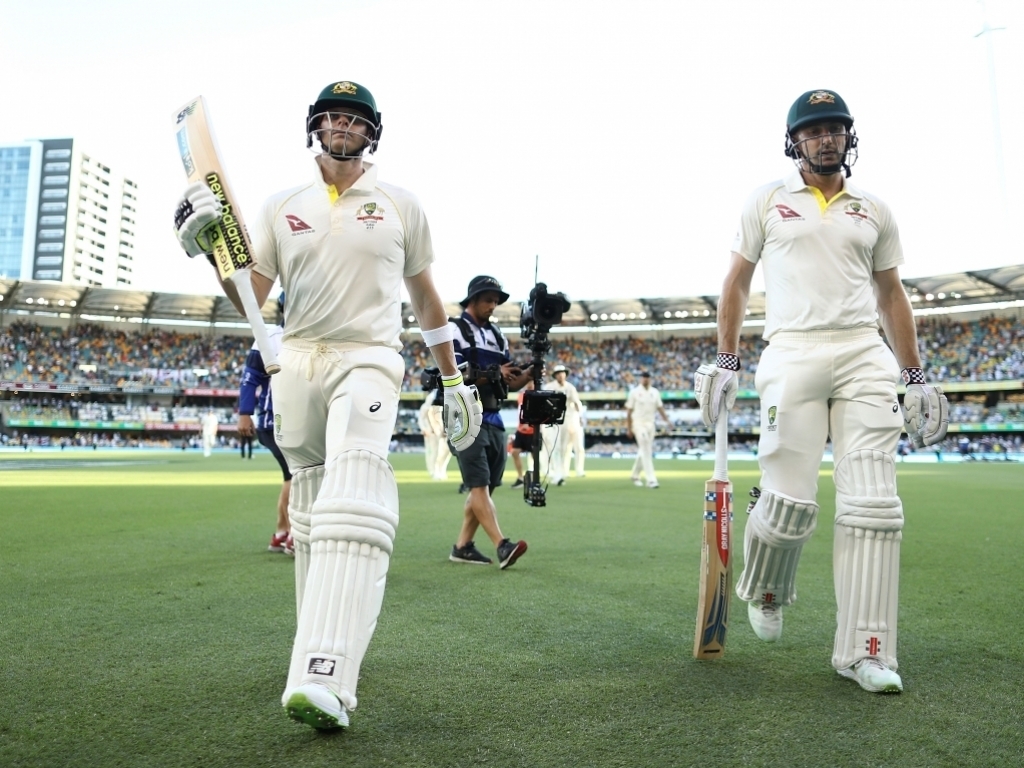 Australia spinner Nathan Lyon is confident his captain Steve Smith and Shaun Marsh can make their current partnership a big one on day three to put England under pressure in the first Ashes Test at the GABBA.

Smith (64*) and Marsh (44*) rescued the hosts from a spot bother on the second day with an unbeaten stand of 89 as Australia recovered from being 76/4 to be 165/4 at the close as they reply to England’s first innings total of 302.

It is a particularly important innings for the 34-year-old Marsh after his selection for the Test was criticised with him being recalled to side for the eighth time due to his inconsistent performances in his previous 23 games.

Lyon though has no doubt that Marsh deserves his place in the team having played against the left-hander in a domestic four-day match earlier in the season.

The Australia off-spinner said: “I’m a massive fan of Shaun Marsh. I’m very good mates with him, the way he batted against us in Shield cricket a couple of weeks ago really put his name up in lights for me.

“I know I said to Smithy he’s in the form of his life. There’s obviously a lot of nerves, it’s an Ashes series.

“But there’s a lot of confidence in that change room regarding each and every one of those players. He looks composed, calm at the wicket.

“I’m very happy with SOS so I’m very confident he can come out and hopefully build a big partnership with Smithy again tomorrow morning.”

Lyon, who returned respectable figures of 2/78 in 36 overs in England’s innings, also defended the comments that he made before the game, saying he wanted to deflect the attention off Australia’s players.

The 30-year Lyon said he hoped the Aussies would end some England careers in this series and that the English were scared of Mitchell Johnson four years ago.

Lyon explained: “I took a lot of pressure off Tim Paine and Cameron Bancroft and I thought you guys were a bit smarter than that.

“I am not going to stand back from what I said because I am confident enough in my own bowling and I am very excited by where it is going.

“I know my role in the Australia cricket team. I know I am a leader. I know I am one of the most experienced guys in the changing room.

“If I can go out there and share my experience with the younger guys then hopefully we can put Australian cricket in a good place.”