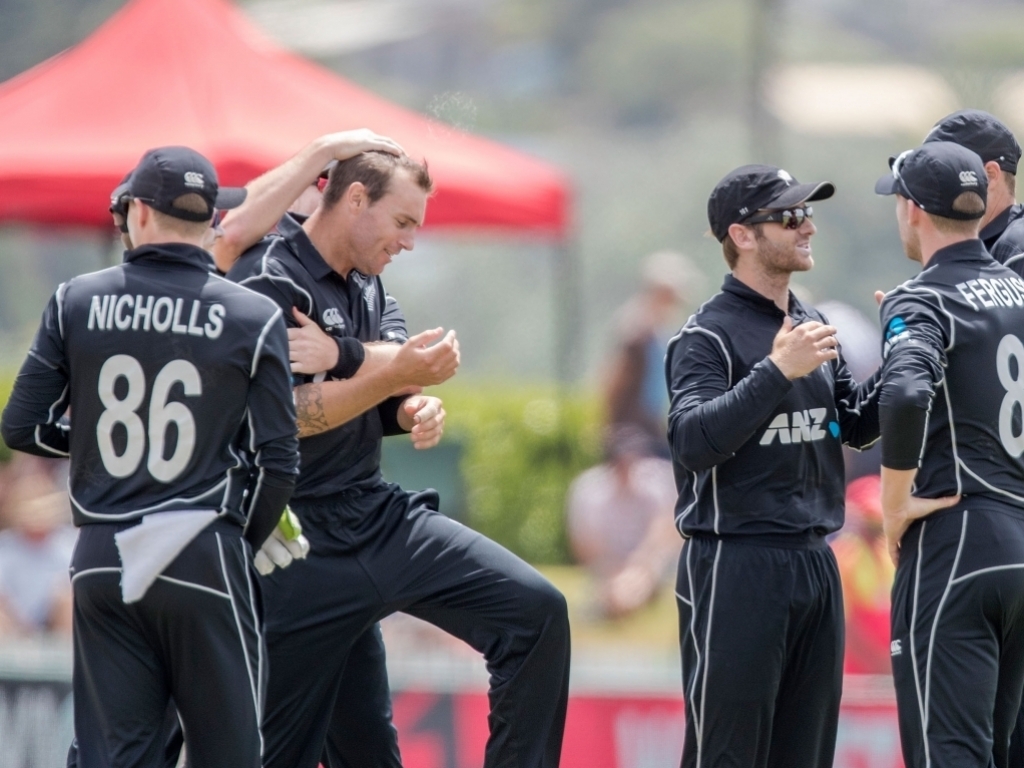 New Zealand took a one-nil lead in the three-match ODI series at home against the West Indies when they beat the Caribbean side by five wickets in Whangarei on Wednesday.

After being sent in to bat by the hosts, the Windies were disappointing with the willow only posting a total of 248/9 in their 50 overs.

Opening batsman Evin Lewis held things together for the tourists with a composed 79 while Rovman Powell (59), batting at number seven, stroked his first ODI fifty to boost the innings towards the end.

Black Caps seamer Doug Bracewell was pick of the bowlers with 4-55 in eight overs as he captured two wickets in his first over, including that of Chris Gayle (22).

The 31-year-old leg-spinner Todd Astle, who was making his ODI debut for New Zealand, was good in the middle overs capturing 3-33 in his 10 overs.

The Kiwis got a good platform to launch their chase from when openers George Worker (57) and Colin Munro (49) put on 108 for the first wicket.

New Zealand lost a few to many wickets for their liking including skipper Kane Williamson (38) but Ross Taylor (49 not out) and Astle (15 not out) took their side over line with four overs still to spare.

The second ODI of the series will be played at the Hagley Oval in Christchurch on Saturday.