Black Caps fight back in 1st Test against Pakistan 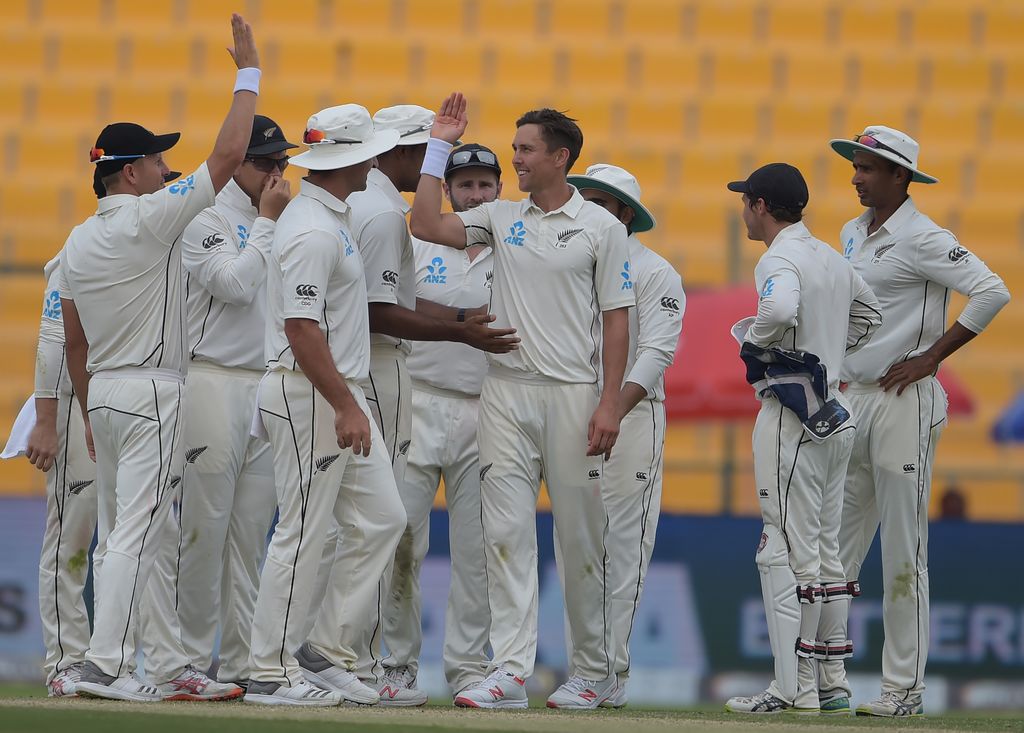 New Zealand fought back on the second day of the first Test against Pakistan in Abu Dhabi, the tourists bowling out their opponents for 227 to trail by 74 runs after both teams had batted their first innings.

The Black Caps then reached the close on 56/1 with opener Jeet Raval at the crase on 26 and with him was his captian Kane Williamson on 27.

Pakistan, resuming at 59-2, were dismissed for 227 in reply to New Zealand’s first innings score of 153. Babar Azam top-scored with 63.

The 32-year-old dismissed Yasir Shah for nine to achieve the feat in his 37th Test before Pakistan reached 225-8 at tea, taking a lead of 72 runs on New Zealand’s first innings total of 153 all out.

At the tea interval Babar was batting on a solid 60 with five boundaries and Hasan Ali was four not out.

Pakistan were well-placed at 144-4 at lunch, seeking a big lead to get a 1-0 advantage in the three-match series but Trent Boult (3-52) checked their progress by dismissing Asad Shafiq for 43.

Asad Shafiq was bowled off an inside edge as he tried to force Boult while at the other end Sarfraz Ahmed swept away Patel for two and Bilal Asif was stumped off Patel for 11.

Pakistan lost overnight batsmen Haris Sohail for 38 and Azhar Ali for 22 in the space of just six balls at the same score of 91.

Sohail was the more confident of the two, having hit four boundaries but was caught at short mid-wicket by Tom Latham to a loose shot off legspinner Ish Sodhi’s low full toss.

Azhar, who added 64 for the third wicket with Sohail, was dropped by Jeet Raval off Trent Boult when on 19 and was again lucky two runs later when given not out as the same bowler reviewed for a leg-before decision.