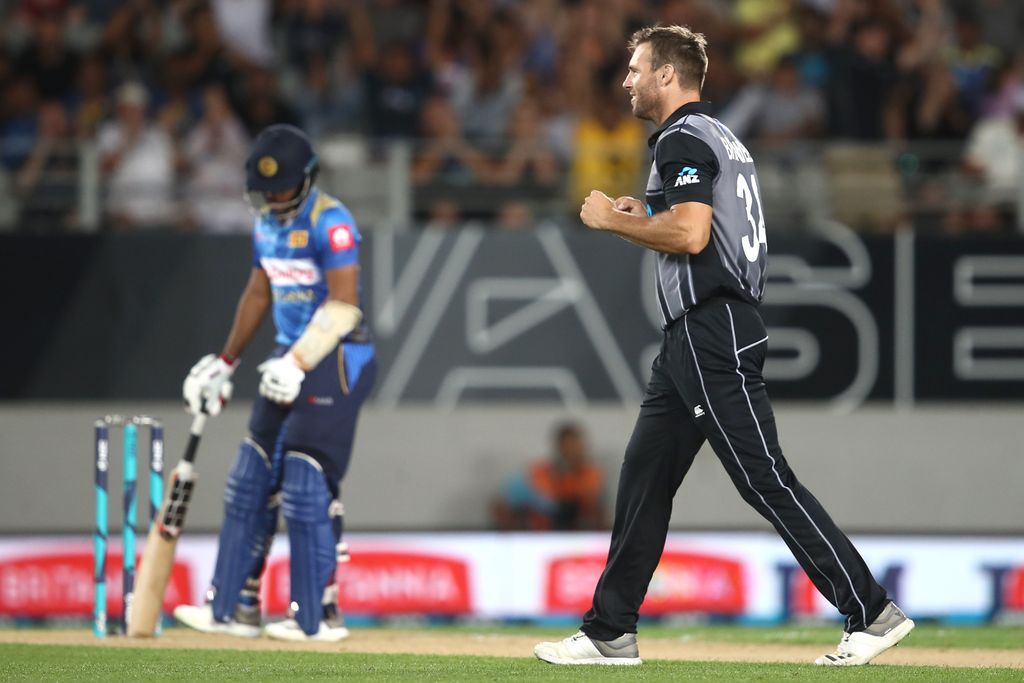 Sri Lanka ended a miserable tour to New Zealand when they lost by 35 runs to the hosts in a one-off T20I in Auckland on Friday.

Batting first after Sri Lanka had won the toss, New Zealand were in trouble as they slipped to 55/5 after 10 overs with visiting seamers Kasun Rajitha and Lasith Malinga both taking two wickets apiece.

Doug Bracewell, who made his last international appearance more a year ago, rescued the hosts with 44 off 26 balls while debutant Scott Kuggeleijn struck 35 not out off 23 deliveries to lift the Black Caps to 179/7.

Sri Lanka faulted badly in the run-chase with home fast bowler Lockie Ferguson taking 3-21 as the tourists were bowled out for just 144 inside 17 overs.

Only Thisara Perera, with 43, put up a semblance of a fight with the willow but after Ferguson’s burst leg-spinner Ish Sodhi (3-30) wrapped up the lower-order.

The defeat caps a rather forgettable tour for the Asian side as they lost the two-match Test series 1-0 and were whitewashed in the three ODI matches.