New Zealand in command after Boult blows Sri Lanka away 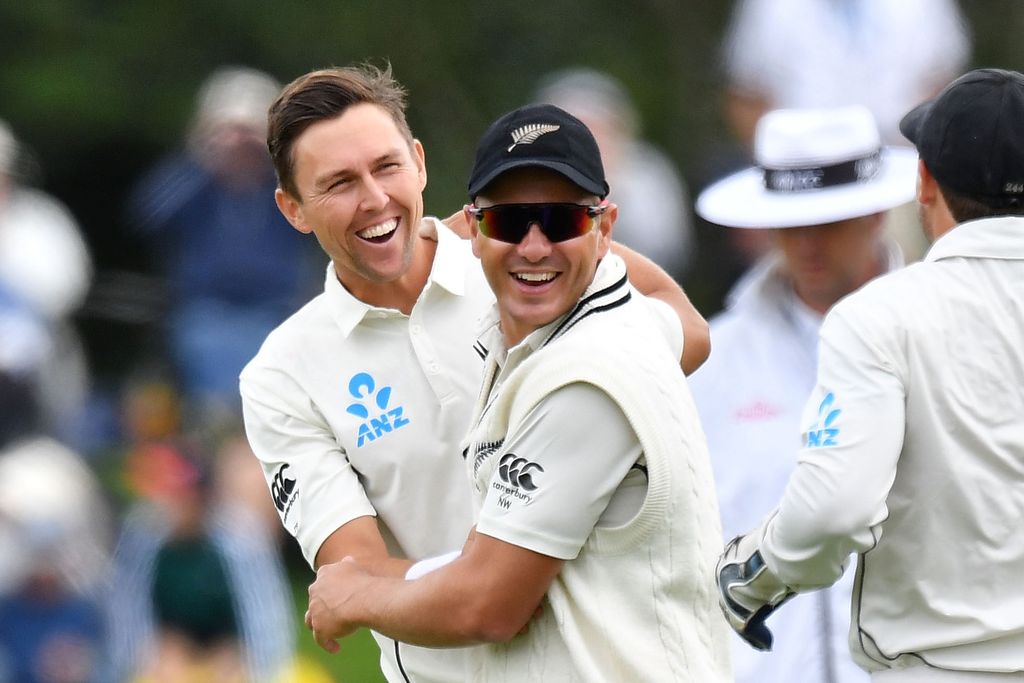 A superb six-wicket haul by Trent Boult and then half-centuries from openers Tom Latham and Jeet Raval have put New Zealand in total control of the second and deciding Test against Sri Lanka in Christchurch.

At stumps on the second day, New Zealand had made their way to 231/2 with Latham still at crease on 74 while Raval also struck 74 in a stand of 121 for the first wicket.

The second innings runs came after left-arm seamer Boult took a staggering six wickets in 15 balls to finish with figures of 6-30 as Sri Lanka were bowled out for just 104 in their first innings in reply to the home side’s 178 that they scored on day one.

Sri Lanka had resumed the day on 88/4 with high hopes of at least achieving a lead in after the first innings but they were blown away by Boult, who registered his seventh fiver-wicket haul in his 59th Test.

With a 74-run lead, the Black Caps off to the perfect start in the second innings as Latham and Raval blunted Sri Lanka’s new-ball attack.

Raval fell soon after the tea interval before Latham and Kane Williamson added 68 for the second wicket.

Fast bowler Lahiru Kumara got rid of the New Zealand skipper Williamson for 48 but Ross Taylor (25 not out) kept Latham company until the close with lead now a commanding 305 runs.