Williamson: We must adjust quickly 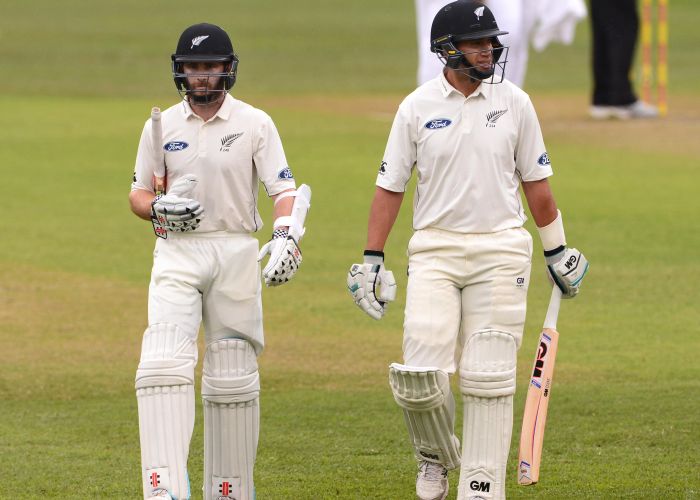 New Zealand will be in for a massive challenge when they face India in three Tests in their opponents’ backyard this September and October.

Black Caps skipper Kane Williamson has stressed that his team’s ability to learn on the fly will be critical as they prepare to take on the number two team in the ICC Test rankings.

Williamson has highlighted that he wants his team to be prepared to face anything but does not want a paranoid team expecting demons from the pitches.

The skipper said: “You certainly don’t want to jump at shadows.

“You do want to go into the matches as educated as you can be to try and apply your plans. That’s where it is important for experience among players to come into it. Bowlers, batters to adjust quickly. You do learn a lot in the first hour of a Test match. It’s important you adapt quickly in those conditions to get the best out of them.”

New Zealand will no doubt have watched as Australia went down 3-0 in Sri Lanka, overwhelmed by turning tracks and often falling victim to their fear rather than quality deliveries and as much as they talk about preparing and educating themselves when the first ball grips and turns almost square that preparation can go flying out the window.

“We have got some exciting young talent. We showed that in the T20 World Cup. That was huge for us. Yes the formats are different, but I am hoping we can build on from those experiences. A lot of learning experiences to be had. Certainly this is one of them, being exposed in these conditions.

“They are suited to spin bowling so we are hoping they can play a big part in the series.”

During their Antipodean neighbours recent series whitewash much was made of the sweep and reverse sweep but Williamson downplayed their importance.

The captain went on: “It’s up to the individuals, some guys sweep more than the others.

“Another thing is that you tend to come to an overseas tour and often the overseas players are so used to their own conditions that you can learn a lot off them [opposition]. And I suppose sweeping isn’t a big part of the Indian players’ batting. They have got great footwork, they get forward, they get back, they come down the wicket.

“So you can learn a lot from how they play spin but at the end of the day it’s up to individual players.”

Though India have home ground advantage Williamson believes they can be put under pressure especially at Kanpur: “They have played in these tough conditions for a while.

“I suppose they are tough for both teams, though. It’s important we adapt quickly and if we do and play positively then it’s one of those things that we have to wait and see how it unfolds, because some of the wickets that have been prepared in the recent series have certainly been tough for both the sides.”

The Black Caps will also be looking to use reverse swing to their advantage: “Coming into it, certainly watching previous series here, without much grass on the block, obviously the ball I suppose deteriorates quite quickly and reverse swing and spin become factors.

“So we will be expecting it to reverse, who knows when, but something that both teams I am sure will be looking at. We are hoping that brings the seamers into it.”