New Zealand on the verge of completing series victory 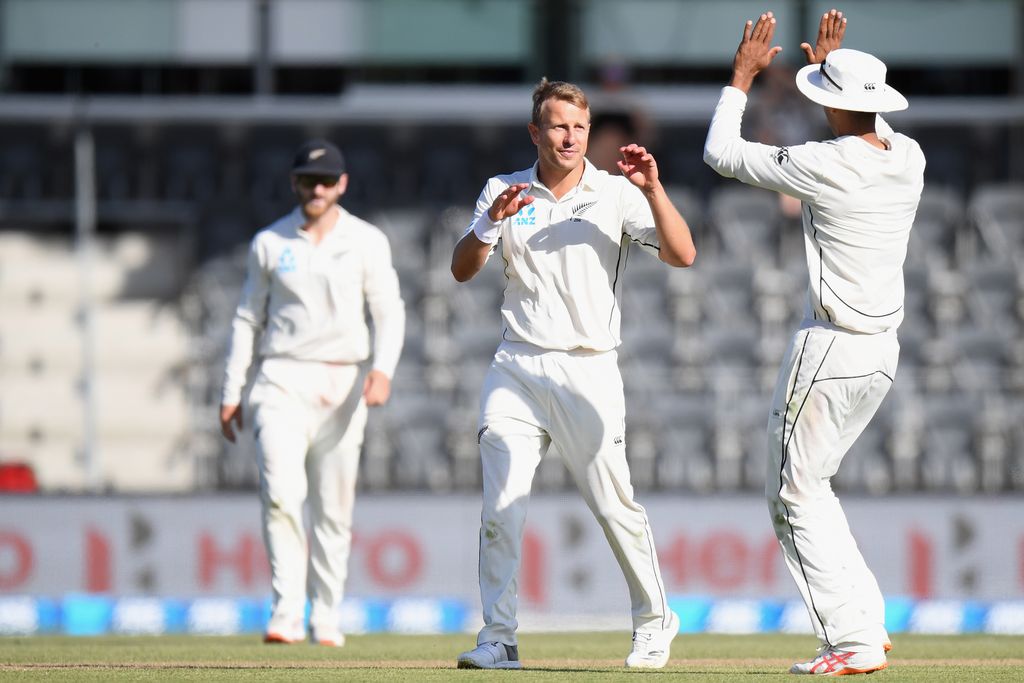 New Zealand are close to completing a series victory over Sri Lanka after fast bowler Neil Wagner broke through the visitors batting order on the fourth day of the second and deciding Test in Christchurch.

Wagner had figures of 3-47 as Sri Lanka closed the day on 231/6, still needing another 429 to win the game, which is improbable, or bat out the final day for draw.

Dinesh Chandimal and Kusal Mendis resumed for the visitors with the total on 24/2 and did well to bat through the morning session as the duo provided stubborn resistance to give the visitors hope.

However, it was Wagner who made the breakthrough after the lunch interval as got the big wicket of Mendis for 67.

Chandimal and Angelo Mathews took the tourists to tea but they suffered blow when Mathews, who scored a hundred to save the first Test in Wellington, had to retire hurt due to hamstring injury.

The visiting skipper was then out for 56 when a Wagner bouncer zipped from the gloves to the helmet and into the hands of close-in fielder Henry Nicholls.

Niroshan Dickwella made his way to 19 before he was bowled by Tim Southee while Wagner struck again when dismissed Roshen Silva for 18.

Dilruwan Perera (22 not out) and Suranga Lakmal (16 not out) are still at the crease but Sri Lanka will hope for some inclement weather and Mathews to recover if they are to salvage anything from the series.