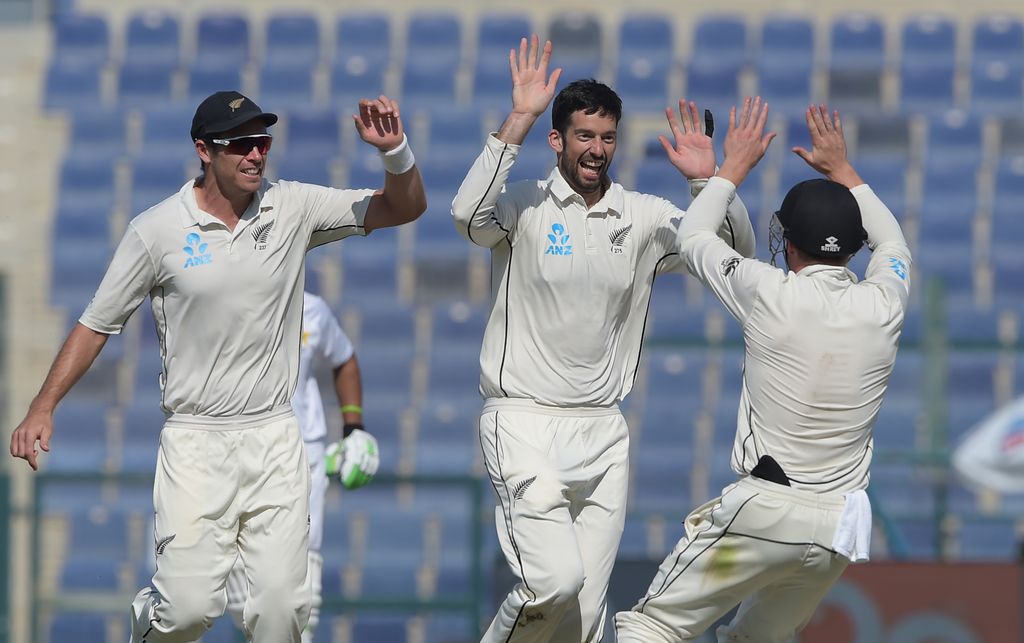 New Zealand sealed a first Test series win against Pakistan away from home in 49 years after a 123-run victory in the third and final game in Abu Dhabi on Friday.

Set a target of 280 after the Black Caps had declared their second innings on 353/7, Pakistan collapsed to 156 all out.

Only Babar Azam showed some kind of resistance with the bat for Pakistan, hitting 51 off 114 balls.

Pakistan woes with the willow was evident as the second top-scorer in the innings was only 28 by skipper Sarfraz Ahmed.

Captain Kane Williamson fell for his overnight score of 139 as the tourists batted on for 45 minutes before the skipper called time on the innings.

New Zealand won the three-match 2-1 after a narrow four-run victory in the first Test before Pakistan fought back with big win Dubai.