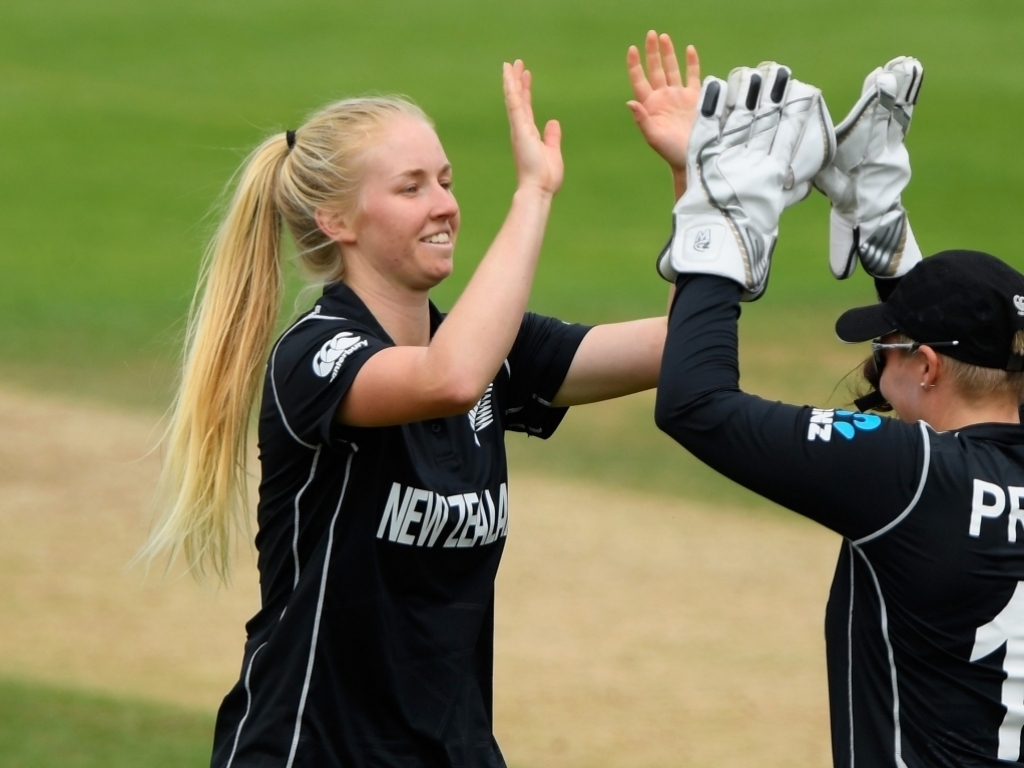 Hannah Rowe picked up her second successive three-wicket haul and Sophie Devine teed off in bruising style as New Zealand women overwhelmed Pakistan by seven wickets in the fourth and final T20I in Sharjah on Tuesday.

The victory, achieved with nine overs to spare, gave New Zealand a 4-0 sweep of the series. New Zealand had also won the preceding three-match ODI series, which is part of the ICC Women’s Championship.

After Pakistan got to 89 for 8 from its 20 overs, Devine smashed seven fours and a six in getting to 41 off 17 deliveries during an opening stand of 56 with Amy Satterthwaite (35 in 31 balls).

Aiman Anwer picked up two wickets in the space of four deliveries to delay the result, but New Zealand quickly closed out the chase, reaching 93 for 3 after 11 overs.

Not for the first time in the series, Pakistan got off to a decent start but then failed to kick on after Bismah Maroof elected to bat.

Nahida Khan and Sidra Ameen, the openers, put on 21 and Javeria Khan chipped in with a measured 36 from number three as Pakistan found itself reasonably placed at 51 for 3 at the end of 10 overs.

However, New Zealand clamped down on the scoring rate in the second half of the innings with the medium-paced duo of Rowe and Holly Huddleston in the forefront.

Rowe, who had picked up 3 for 18 in the third T20I on Sunday, returned figures of 3 for 22 this time, while Huddleston finished with two for 16, Pakistan managing just 38 runs in the last 10 overs.

Devine then began like a house on fire, peppering the boundary with an almost equally aggressive Satterthwaite for support.

Natalia Pervaiz felt the full fury of the New Zealand pair as her medium pace went for 18 in her only over, and by the time Anam Amin, the left-arm spinner, breached Devine’s defences, the match was as good as in the bag for the visiting side.

With the end imminent, Anwer trapped Satterthwaite in front for, and then had Suzie Bates, the captain, caught for six. But Maddy Green and Katey Martin saw New Zealand home without further damage.